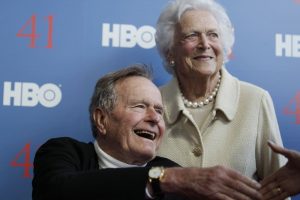 Former George H.W. Bush Speechwriter on Why the President Was Shy About Talking About His World War II Service in Public

Catholic Business Journal writers felt this short piece captured excellently what few others did, namely an inside glimpse at the noble and interesting profession of speech-writing. TIME, by Mary Kate Cary—I joined the Bush-Quayle presidential campaign in the summer of 1988 when I was 25, writing something called the “line of the day”—a one-page memo of catchy facts, stats, anecdotes on whatever the topic of the day was. Once we arrived at the White House, I began ghostwriting magazine articles by the President. I would send him questionnaires through intraoffice mail and he’d handwrite his answers. It was like having a pen pal. I worked my way up to doing more junior speechwriting stuff, like the… Read more>>