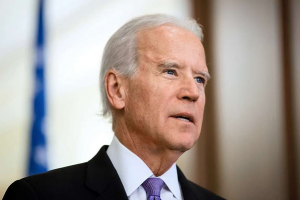 Joe Biden signs Executive Order to Force you and I to pay for travel expenses to Kill the Most Vulnerable: Unborn infants

“Woe to those who call evil good, and good evil; who substitute darkness for light and light for darkness; who substitute bitter for sweet and sweet for bitter!” (Isaiah 5:20)

Keep in mind, in reading Biden’s statement below, that the new code phrase for “killing unborn babies” is “reproductive healthcare.”

Could anything be further from the truth than using a word that indicates abundance (“reproductive”) is now used to mean utter destruction, death (“killing”)?!

Could anything be further from the truth than calling the killing of completely innocent human life—before that human is even allowed to see the light of day or take his or her first breath—”healthcare”?!

Here is Biden’s statement, from a memo released by his office:

Again overstepping the Supreme Court ruling. Again violating the limits of the Executive branch of our U.S. Constitutional government and stepping on the domain of the Judicial branch.  Just as a dictator would do—taking whatever means possible to achieve his or her objective of “my way or the highway.”

“Today’s announcements build on the actions the Biden-Harris Administration has already taken to protect access to healthcare, including abortion and contraception, in the wake of the Supreme Court’s decision in Dobbs v. Jackson Women’s Health Organization,” the White House said.

It also renewed Biden’s support for radical legislation in Congress to legalize or promote killing babies in abortions up to birth, explains Lifesite News.

“Biden continues to call on Congress to codify the right to abortion into federal law and has said he would support changing the filibuster rules to codify Roe v. Wade into law. The White House has also released Statements of Administration Policy supporting H.R. 8296 – Women’s Health Protection Act of 2022 and H.R. 8297 – Ensuring Access to Abortion Act of 2022,” it said.

Note the misnomer “women’s health protection act”, which in truth is neither “healthy” or “protective” of a woman or her unborn child.

Feds target Idaho, a “test case” for more evil and dictator-like actions, in defiance of the Supreme Court ruling

The announcement of the upcoming order comes one day after Biden’s administration has filed a lawsuit against Idaho’s abortion ban that will soon go into effect, falsely claiming it puts women’s lives at risk.

Idaho has a trigger law that will soon protect babies from abortions, but Justice Department on Tuesday filed a lawsuit that challenges Idaho’s protective law — arguing that it would prevent medically necessary abortions.

Texas Attorney General fights another Biden threat, this time Biden-Harris target the very women they claims to help; those on Medicaid

The lawsuit comes in response to a new guidance from the U.S. Department of Health and Human Services on Monday – one of the Biden administration’s many actions to expand abortions post-Roe v. Wade. The guidance invokes the Emergency Medical Treatment and Active Labor Act to require hospitals to perform abortions for “emergency medical conditions,” a broad term that may include situations where it is not necessary to abort the unborn baby.

“By this move, the Biden Administration seeks to transform every emergency room in the country into a walk-in abortion clinic,” the attorney general’s office said in a statement.

“Abortion presents a profound moral question. The Constitution does not prohibit the citizens of each State from regulating or prohibiting abortion. Roe and Casey arrogated that authority. We now overrule those decisions and return that authority to the people and their elected representatives.”

“Roe was egregiously wrong from the start. Its reasoning was exceptionally weak, and the decision has had damaging consequences,” Alito wrote. “And far from bringing about a national settlement of the abortion issue, Roe and Casey have enflamed debate and deepened division.”

Unimaginable. What does it profit a man to gain the world and lose his own soul? It just staggers the mind.  The only recourse is prayer, especially the Rosary and Adoration, and prayerful action to restore common sense and open hearts and minds to the simplest, most obvious of truths… as Dr. Seuss put it…”a person’s a person no matter how small.”

If Our Lord and His Mother could—against all odds—turn around and destroy the Islamic fleet, fresh and far out-numbering that of Christendom at the time of the Battle of Laponta in the 1500s, thanks to an desperate outpouring of Christians praying the Rosary, so can our prayers bear fruit as well.  After all, Roe is now defeated, after 50 years!