A growing number of cities in America are taking steps to outlaw abortion, sending a strong message to the abortion industry that they are not welcome. “Sanctuary Cities For The Unborn” include 33 cities as of July 12, 2021, in Texas, Ohio and Nebraska that have passed 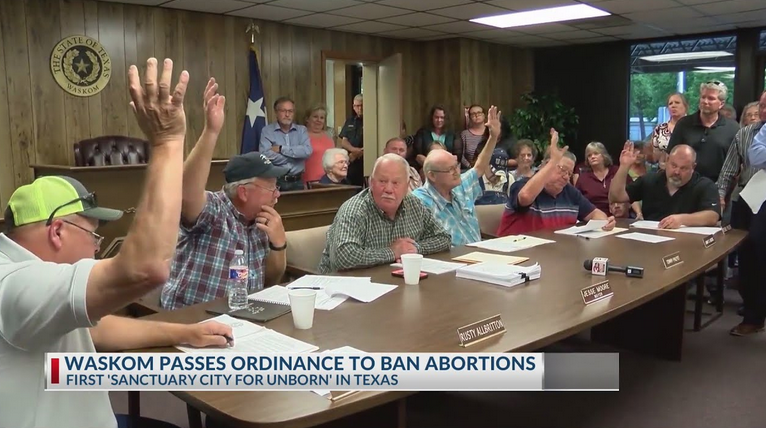 ordinances fining and imposing legal liability on abortion clinics and anyone aiding or abetting abortions.

How does this work under Roe v. Wade?

First of all, a big part of the Sanctuary City ordinances, known as the “public enforcement mechanism,” are “trigger laws” that do not kick in unless and until Roe is overturned or substantially limited. While this does not fully accomplish the intended purpose until Roe is reversed, abortionists are put on notice, discouraged from operating in those cities, since they could be held accountable by local government if and when Roe is reversed. It is possible that could happen fairly soon since Roe is back on the Court’s docket this fall in a new case, Dobbs vs. Jackson Women’s Health Organization.
Secondly, Sanctuary City ordinances contain a “private enforcement mechanism” that is effective immediately within the existing Roe framework, inviting private lawsuits by an unborn child’s mother, father, grandparents or siblings against anyone other than the mother who “procures, performs, or aids and abets an abortion.”

Private lawsuits against third parties, other than the woman getting an abortion, are not the kind of government action that was barred by Roe and they should be allowed to proceed if they do not impact the woman’s so-called “right” to abortion.

Until Roe is reversed, abortionists will probably use it as a defense against private lawsuits, claiming that they are “helping” women exercise their right to abortion. However, they could still have some liability risk. For example, lawsuits may be brought by or against the baby’s father or the parents of the woman having the abortion if there was any hint of coercion.

And Third, even if Roe is not overturned, there is room under the Sanctuary City ordinances to outlaw abortions to the extent that does not place an “undue burden on women seeking abortions.” Nobody is completely sure what “undue burden” means, but it comes from

the Supreme Court’s 1992 case Planned Parenthood v. Casey allowing abortion restrictions that do not place an “undue burden on women.”

Considering the fact that cities are allowed to outlaw plastic straws or big box retail stores, or zoning laws in general, maybe it is not an undue burden to outlaw abortions in Sanctuary Cities, despite Roe, when women can go somewhere else for their abortions.

What Triggers will occur, if Roe is reversed?

In addition to the parts of the Sanctuary City laws that are immediately effective, several things could happen under the “trigger” provisions if Roe is reversed, which should concern abortionists even now:

1. Penalties under the public enforcement mechanism would kick in automatically without the need for any additional lawmaking.

2. Defendants in private lawsuits would lose their ability to argue  Roe as a defense. There are a lot of unhappy fathers or grandparents of aborted babies who would not hesitate to sue the abortionist that killed their child or grandchild.

3. Sanctuary City laws could even have a retroactive effect if Roe is overturned, potentially subjecting abortionists to penalties for abortions committed even before then. Supreme Court cases like Roe v. Wade are not “laws;” they are simply the Court’s interpretation of the Constitution. Therefore, a reversal of Roe could mean it was erroneous from the start, retroactively null and void. This could open up the possibility for abortionists to be prosecuted under Sanctuary City ordinances even for abortions committed before the Court makes that ruling. 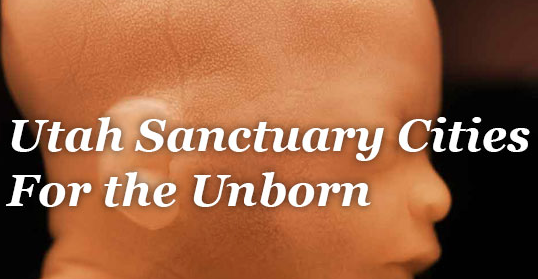 As a matter of fact, a significant number of states have pre-Roe laws against abortion still on the books that have been unenforceable since 1973 but could be automatically reinstated if Roe is overturned. Other states have enacted such laws more recently in preparation for a potential reversal of Roe. No doubt, there will be strenuous efforts by the abortion industry to nullify all abortion laws by future legislation if Roe goes away, but that is an unknown. In the meantime, the mere possibility of retroactive punishment should be a deterrent.

Predictably, Planned Parenthood and the ACLU have already brought legal challenges against a number of Sanctuary Cities although some have already been dismissed. Litigation or threats of litigation against abortion laws seem to be par for the course and there will be a lot more to come before the unborn are truly protected in America.

The test of time, and common sense

For thousands of years, until very recently, all the world knew that abortion was wrong. Sooner or later, our country will come back to that realization.
Abortion will become just another example of human rights abuses that treat others as less than fully human, like slavery or the Jewish holocaust, that were accommodated for a time before being corrected. The abortion industry would do well to consider how it will be judged by history.