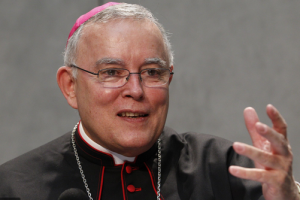 CNA—Criticism of Amy Coney Barrett is part of a “virus” of anti-Catholic “bigotry,” retired Archbishop Charles Chaput said on Monday. The archbishop warned that public attacks on the Supreme Court nominee’s faith constitute a wider threat to religious liberty.

Chaput, long considered a leading intellectual among American Catholic bishops, retired as Archbishop of Philadelphia in January 2020. Since then he has mostly refrained from public speaking.  In his essay on Monday, he addressed the public criticism of Judge Barrett, nominated to the Supreme Court by President Donald Trump on Saturday.

Writing in the magazine First Things, Chaput said that “those who value our First Amendment right to religious freedom should realize that tests about belief are attacks on religious liberty.”

Criticism of Barrett, a Catholic mother of seven children, has focused on her faith, and her family life.

Several media outlets have focused on Barrett’s membership of People of Praise, a charismatic ecumenical community founded in South Bend, Indiana, in 1971.

Harbinger of things to come

This line of criticism, said Chaput, is “a harbinger of future attacks on the Church itself and on any Catholic who holds with [the Church’s] enduring moral witness.”

Barrett previously came to national attention during her 2017 Senate confirmation hearings after she was nominated by the president for the U.S. Court of Appeals. During that process, Sen. Dianne Feinstein (D-CA) stated that “the dogma lives loudly” within Barrett and “that’s a concern.”

The archbishop described Feinstein’s “concern” as “Know Nothing-style vulgarity,” and said she is “hardly alone in her bigotry.” 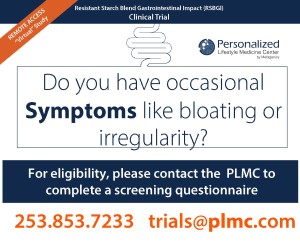 “It seems to infect a number of Democratic senators, including Sen. Kamala Harris, Feinstein’s California colleague and vice presidential nominee, who saw looming peril in that dangerous national conspiracy otherwise known as the Knights of Columbus.”

But, Chaput said, Feinstein’s comments “help us see clearly how some in our political class now view Catholics who are more than merely ‘nominal’ in their faith.”

Everyone who is baptized Catholic is, in the technical sense, a Catholic regardless of their actions, said Chaput, and “in the eyes of the Democratic party, that’s not a problem.”

“If you’re photographed with your rosary beads at prayer–even better,” he continued, noting that overt cultural religious affiliation was seen by many as acceptable, as long as it did not imply doctrinal adherence.

“But if you’re the kind of Catholic who seeks to discipline his or her life around Catholic beliefs regarding marriage and family, religious freedom, sex, and abortion—well, that’s a different matter,” he said, noting that observant Catholic Rep. Dan Lipinski (D-IL) lost his seat in a primary earlier this year that centered mainly on his pro-life views.

The cost for Catholics

“Catholics in this country spent more than a century fighting their way into the American mainstream. The cost has been high,” said Chaput.

The current Democratic nominee for president, former Vice President Joe Biden, is a Catholic but has taken several political positions that run counter to Church teaching but are in line with his own party’s platform, such as support for legalized abortion until birth, and support for same-sex marriage. Biden has pledged to codify Roe v. Wade into federal law, precluding state limits on abortion.

“To the degree that self-described Catholic political leaders are indistinguishable in their views and actions from their colleagues with no faith at all, the cost has been far too high,” said Chaput.

“A politics of democratic pluralism requires that differences of belief must be respected,” he said. “Catholics do rightly demand civility and respect for the teachings of their Church, especially from a Senate supposedly informed by a spirit of service to the whole nation.”

The archbishop said that “positioning dissenting Catholics as ‘mainstream Americans’ and believing Catholics as ‘extremists’” is now a “common and thoroughly dishonest culture war technique,” and “a particular affront to the free exercise of religion.”

Chaput said that the present “hostility toward those who support Catholic teaching” should not only concern Catholics in the United States, but also “anyone who values the First Amendment.”

“If attacks on belief are an acceptable standard by which to impugn judicial nominees today, then tomorrow they’ll be used on the rest of us who uphold the teachings of our faith,” he said. “It puts the rights of far more Americans at risk than will ever be nominated for the court.”

Archbishop Charles J. Chaput is the retired archbishop of Philadelphia.