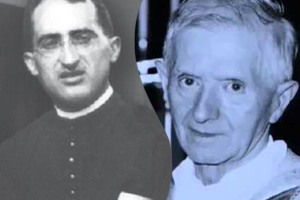 Pope Francis advanced Tuesday the sainthood causes of several men and women, including two Italian priests of the 20th century — one who was ordained at age 23 and another who was ordained at 65, after a lay career and a lifetime of serving the poor.

Venerable Fr. Mario Ciceri knew his vocation from a very young age and died after an accident at just 44 years old. Servant of God Fr. Alfonso Ugolini was ordained after a lifetime dedicated to helping the poor and disaffected of his district, and lived to be 91 years old.

Venerable Mario Ciceri will also now be declared blessed, after Pope Francis approved a miracle attributed to his intercession. 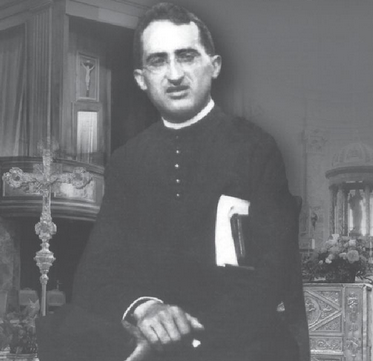 Ciceri was born to poor farmers in northern Italy in 1900. He was the fourth of six children and, after the death of an aunt, Ciceri’s parents also brought her 13 children to live with them.

From childhood, Ciceri knew he had a vocation to the priesthood. He would go often to the local parish and attend religious functions, serving as altar boy.

With the permission of his devout parents, he left to begin studying at a seminary high school while still in grade school. His achievements earned him scholarships, which allowed him to continue his studies despite his family’s limited financial means.

Ciceri was ordained a priest of the Archdiocese of Milan at age 23.

As a new priest, he was responsible for the parish’s catechism classes and helped with the Catholic Action youth group. He founded and directed a schola cantorum for young people.

Fr. Ciceri also helped to repair the buildings, acting as a carpenter, bricklayer, and electrical engineer. The priest also used these skills to build a small reproduction of the Lourdes Grotto.

One young man at the parish wrote that the priest somehow found time to do these activities while also never neglecting his priestly ministry and was “always in church.”

This parishioner continued his description of Fr. Ciceri, noting: “Yet if you go to the hospital, you can find him there at any time; if you go around the country, wherever there is a material or spiritual need, a pain to soothe, a need to help, you will find him there. Where you are sure not to find him is at his home, which really is not his home, but that of the young people.”

Ciceri cared for and encouraged the poor, the sick, former prisoners, and the young men who were soldiers fighting at the front during World War II.

In February 1945, while riding his bicycle home from a neighboring parish, where he had helped to hear confessions, he was hit by a buggy and fatally injured.

He died two months later, on April 4, at the age of 44, after offering his suffering for an end to World War II and the safe return of soldiers.

In contrast to Ciceri, Fr. Alfonso Ugolini spent most of his life serving the Church as a layman, before being ordained a priest at age 65. He was declared “venerable” by Pope Francis Nov. 23. 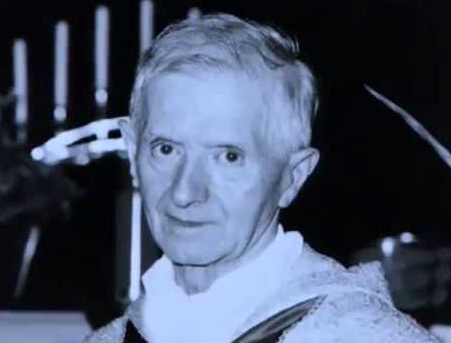 He was born in France in 1908 to a once wealthy Catholic family. After losing everything, they moved to Sassuolo, Italy.

Ugolini’s parents were deeply religious and taught their son the values of faithfulness, honesty, and love of neighbor, despite their poverty.

As a young teen, between 12 and 15 years old, Ugolini’s parents and only sister, who was a nun, died of tuberculosis. Ugolini himself came close to dying from the disease, but attributed his recovery to the Virgin Mary, to whom he had entrusted himself during the deep loneliness he experienced following the death of his mother.

At age 17, he began spiritual direction with his parish priest, who incorporated him into the life of the parish, giving him jobs as a sacristan, parish secretary, catechist, and handyman.

In addition to these roles, Ugolini took it upon himself to transform a little room next to the church into a reception space for the poor.

There he would meet the poor and give out food and support, or help them to find a job.

Ugolini was known for his acceptance of everyone, and lines of gypsies, immigrants, ex-prisoners, drug addicts, the unemployed, and homeless people from throughout the district would form outside his little office looking for help.

When people complained that he helped even atheists, communists, and swindlers, he would respond: “They are all children of God.”

People in the area so trusted and esteemed Ugolini that they were eager to give him money, open their doors to the poor, and create jobs.

Over the course of about 15 years, Ugolini is estimated to have handled  the equivalent of $300,000 — a huge amount of money at the time. Some called him “God’s banker.”

In 1972, the local bishop asked Ugolini if he would like to be ordained a priest, and he agreed.

For the remaining 26 years of his life, Ugolini served in priestly ministry, with many hours spent in the confessional administering the Sacrament of Penance. He died on Oct. 25, 1999, at the age of 91.

The pope decreed that the sainthood causes could advance to the next stage after a Nov. 23 audience with Bishop Marcello Semeraro, prefect of the Congregation for the Causes of the Saints, who will be made a cardinal on Saturday.

Among the causes promoted was also that of Fr. Juan Elias Medina and 126 companions, who were killed during the Spanish Civil War. Declared martyrs, they will now be beatified.