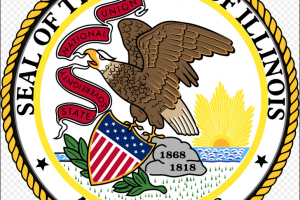 CNA—The Catholic bishops of Illinois criticized a push to pass a bill enshrining abortion in state law in the final days of the legislative session, without hearings or the public release of a final text.

They said the bill is a drastic overhaul of current abortion law that would go “further than Roe v. Wade in stripping human rights and dignity from the unborn child.”

“The fundamental premise of the bill is flawed, and no amendment or tweak to the language will change the fact that it is designed to rob the vulnerable life in the womb of any trace of human dignity and value,” the six bishops of the state said in a May 26 statement.

Illinois’ Reproductive Health Act – which the bishops said is misleadingly named – would declare abortion to be a “fundamental right.” It would remove several parts of the state’s current abortion laws, several of which are not currently being enforced due to court injunctions.

Among the provisions that the bill would remove are regulations for abortion clinics, required waiting periods to obtain an abortion, and a ban on partial-birth abortion. In addition, it would lift criminal penalties for performing abortions, remove conscience protections for health care personnel who object to abortion, and prevent further state regulation of abortion.

The legislation passed the Illinois House by a vote of 64-50 on May 28, two days after the bishops’ plea against it. The bill will now move to the state Senate.

In their statement, the bishops noted that the current legislative session ends May 31, leaving less than a week to wrap up critical bills.

“Major issues that will require bipartisan cooperation and unity among lawmakers remain, such as passing a balanced budget for the health, education and safety of Illinois residents and crafting a statewide construction plan with unresolved funding,” they said.

“Conversations on these matters need to take place in an atmosphere of comity and civility and any talk of abortion will only sow more divisiveness and disharmony in today’s polarized political climate.”

The bishops of Illinois implored lawmakers to avoid chaos and consider the common good by dropping the legislation, which they called divisive and politically charged, for the remainder of this session.

“We ask that lawmakers set aside consideration of the ‘Reproductive Health Act,’ especially since no final form of the bill has been published, vetted through hearings or fully discussed,” they said.

The Illinois Catholic Conference called the House’s approval of the bill “a grave tragedy and a collective moral failing.”

“Illinois has previously distinguished itself by recognizing and upholding human dignity. It has welcomed and defended the rights of immigrants and refugees and eliminated the death penalty,” the conference said May 28.

“It is therefore incomprehensible to us that the General Assembly has prioritized denying protection to the most vulnerable among us by enacting some of the most liberal abortion access laws in the nation.”

While the bill is being depicted by some of its supporters as “a simple clean-up bill,” the conference said, the legislation is actually “an extreme measure, allowing for the abortion of unborn life at any stage of pregnancy and for any reason.”

“It sends a message to everyone in our state that life is cheap. This is a truly sad day for Illinois,” the conference said. “We will continue to make our case against such callous disregard for human life whenever it appears in society.”