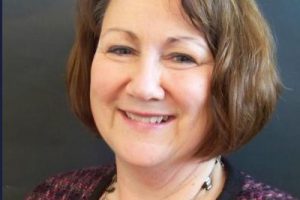 “Sue has been an active participant in 40 Days for Life campaigns and in our efforts to end abortion,” says Shawn Carney, CEO and president of 40 Days for Life. “Her passion and dedication led to the same clinic she once managed being shut down. It was the first of 20 abortion facilities in Iowa to close just three months after Sue led her initial 40 Days for Life Campaign.”

Thayer had managed the Storm Lake, Iowa, Planned Parenthood clinic for more than 17 years. At first she felt it was an opportunity to help women, but as the tactics of Planned Parenthood became more evident to her, including the regular practice of webcam abortions that are done without a qualified medical professional present, she quickly grew concerned.

As Thayer reached out to pro-life organizations, she realized there was a better way to assist women in need. Since leaving Planned Parenthood, Thayer has been a dedicated 40 Days for Life volunteer, leading a campaign outside the same Planned Parenthood clinic she managed.

As Director of Outreach for 40 Days for Life, Thayer will assist former abortion facility workers interested in leaving the abortion industry and aid campaign leaders in organizing and leading a local 40 Days for Life campaign.

“I am honored to be officially joining 40 Days for Life,” says Thayer. “As a former Planned Parenthood employee, I know exactly what these workers are experiencing when they walk away from working at an abortion facility. In my new role, I will be right there to help them through the transition. I am also really looking forward to working with local pro-life campaign leaders, providing them with encouragement and support as they continue to save lives and be a force for positive change.”

40 Days for Life fall 2018 campaign began in September and concluded on Nov. 4. Over the course of the campaign, more than 400 lives were saved bringing the total number of babies saved to 15,000 since 40 Days for Life launched its first campaign in 2007.

To learn more, go to 40daysforlife.com