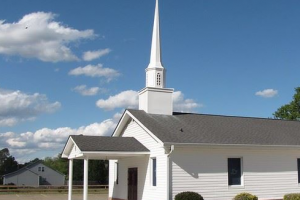 A Christian congregation in Chula Vista, California, and its pastor are suing Governor Gavin Newsom and other officials for unconstitutional stay-at-home orders and actions during the coronavirus pandemic. After weeks of mandatory isolation to stop the spread of COVID-19, Governor Newsom has begun a four-stage plan to “reopen” California’s economy.  Retail and supporting manufacturing are now resuming business; and shopping malls, car washes, pet grooming, dine-in restaurant, and schools, will be allowed to reopen within a few weeks.

They aren’t the only ones.


The suit was filed in the federal court for the Central District of California and also names state Attorney General Xavier Becerra and officials of San Bernardino and Riverside counties. It seeks to block the governor’s coronavirus stay-at-home orders, which don’t exempt houses of worship as “essential” infrastructure and prohibits group gatherings, according to the Associated Press.

“The state does not get to dictate the method of worship to the faithful,” Harmeet K. Dhillon, chief executive of the Center for American Liberty, a California nonprofit organization that filed the suit, said according to the Associated Press.

“If a Californian is able to go to Costco or the local marijuana shop or liquor store and buy goods in a responsible, socially distanced manner, then he or she must be allowed to practice their faith using the same precautions.”

Despite claiming that 70% of California businesses are available reopen, the Governor continues to shutter places of worship indefinitely with no timeline for reopening. As a result, Thomas More Society (a legal firm) attorneys filed a civil rights lawsuit on May 11 on behalf of South Bay United Pentecostal Church and Bishop Arthur Hodges III in San Diego federal court.

The legal filings highlight a recent favorable ruling in 6th U.S. Circuit Court of Appeals , which held that the First Amendment’s Free Exercise Clause protected the right of a Baptist church in Louisville, Kentucky, to host in-person worship services even during the pandemic. The court highlighted the church’s commitment to practice strict social distancing guidelines during the services. In this case, South Bay United Pentecostal Church and Bishop Hodges are seeking similar action by way of a temporary restraining order against state and county officials to keep them from enforcing the ban on church services while the lawsuit moves forward.

“The Governor continues to shutter synagogues and churches with no end in sight,” said Charles LiMandri, Special Counsel for the Thomas More Society and partner at LiMandri & Jonna LLP. “After weeks of government suppression of their religious freedoms, our clients have said enough is enough. The First Amendment still protects their right to freely exercise their faith, even during a pandemic.”

LiMandri explained: “California is one of only eight states whose response to the COVID-19 pandemic has included no accommodation for—hardly even a mention of—the religious rights of its citizens. The churches and religious leaders of California are no less essential than its retail, schools, and offices, to the health and well-being of its residents. To place houses of worship alongside hair salons, nail boutiques, and tattoo parlors, shows Governor Newsom’s lack of understanding or unwillingness to recognize the inherent rights of every American to religious liberty and free exercise of worship and other freedoms protected under the Constitution.”

“The governor’s Executive Orders criminalize worship, using language that explicitly threatens criminal enforcement,” LiMandri added. “At the same time, these state orders, adopted and expanded upon by the county, allowed citizens to gather at liquor stores, pot-dispensaries, and Planned Parenthood, and also named the entirety of the ‘entertainment industries’ as essential.”

The lawsuit elaborates on the effect of California’s criminalization of religious worship:

LiMandri said: “This was not a hypothetical situation from an Orwellian novel describing a bleak future—this was the current and very real nightmare endured by millions of religious citizens who maintained the conviction that the faithful practice of regularly gathering together was absolutely ‘essential.’ But those citizens decided to wait anyway. Religious Americans are no less patriotic than any other Americans, and they are absolutely willing to do their part to ‘flatten the curve.’ But they are not willing to have their faith denigrated, demeaned, and compared to attending a movie theater.”