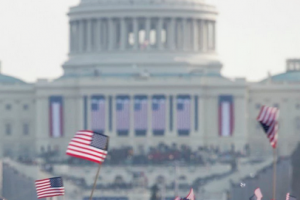 The Catholic case for the free market

By Sean Duffy and Rachel Campos-Duffy

As history has proved and previous popes have noted, no economic system is better at lifting people out of poverty and providing work — and in the process, offering human dignity — than the free market.

First posted Sept 23, 2015 on CNN, this Op.Ed piece is as relevant now as then, and expresses the views of its authors—Pope Francis’ address to a joint session of Congress on Thursday is an occasion to celebrate. The Holy Father will speak to the largest contingency of Catholics in the history of Congress, where, coincidentally, there are an equal number of Republican Catholics and Democratic Catholics.

Conservative Catholics rejoice in the Holy Father’s visit, but we find ourselves conflicted about some of his recent economic statements.

In Bolivia this summer, Pope Francis commented, “The economy should not be a mechanism for accumulating goods, but rather the proper administration of our common home. This entails a commitment to care for that home and to the fitting distribution of its goods among all.”

Statements like these have been understandably interpreted, by liberals and conservatives alike, as an attack on economic liberty and free markets and an embrace of redistribution of wealth.

This summer [2015], many Catholics were offended when the Pope accepted a crucifix from the socialist Bolivian President Evo Morales. It was crafted out of a hammer and sickle with no mention of, or seeming regard for, the millions who lost their freedom and lives to the brutality of communism. Defenders of freedom recoil that a poster of Che Guevara, another murderer, hangs in the papal rooms and was on display during the Papal Mass in Havana, Cuba.

To be sure, Pope Francis’ warnings against a culture of greed are entirely consistent with Catholic social teaching, and he is by no means the first Pope to warn against greed and economic unfairness.

Consider what Pope Leo XIII said in 1891: “Working men have been surrendered, isolated and helpless, to the hardheartedness of employers and the greed of unchecked competition. … (A) small number of very rich men have been able to lay upon the teeming masses of the laboring poor a yoke little better than that of slavery itself.”

Similarly, St. John Paul II warned that a consumer society potentially “reduces man to the sphere of economics and the satisfaction of material needs,” and he therefore distrusted “the absolute predominance of capital.”

These popes remind us that life cannot be reduced to economics. There is more to the commonwealth than common wealth. Or, as Pope Benedict XVI put it, “the primary capital to be safeguarded and valued is man, the human person in his or her integrity.”

Is it un-Catholic to support free markets? Absolutely Not, here’s why not…

So does that mean that it is un-Catholic to support free markets?

Absolutely not — and that is the point that liberal Catholics must keep in mind as they seek to put the Pope’s stamp of approval on their economic ideology. It is true that free markets are susceptible to human greed, but so are all economic systems, because greed is a constant in human nature. It is one of the seven deadly sins, after all.

The real virtue of the free market

Instead, we should focus on the real virtue, which is that the free market, better than any other economic system, allows individuals to flourish.

Pope Francis teaches that humans “were created with a vocation to work” and that “work is a necessity, part of the meaning of life on this Earth, a path to growth, human development and personal fulfillment.” He also said that man “earns his dignity by earning his bread.”

The economic system of a nation should ensure that citizens have meaningful work and, through that work, full human dignity. Free markets do that best. If that were not true, then we would not see throngs of immigrants from corrupt governments in Latin America risking everything for opportunity and jobs in the United States.

St. John Paul II, having lived in a communist nation that suppressed individual will and economic liberty, knew that “on the level of individual nations and of international relations, the free market is the most efficient instrument for utilizing resources and effectively responding to (economic) needs.”

Again, human needs cannot be boiled down to merely economic ones. Any capitalist who believes otherwise is little better than a Marxist. But economic needs cannot be dismissed, and free markets fulfill them.

The expansion of free markets around the world has helped raise millions of people out of poverty. A recent Pew study indicates that from 2001 to 2011, the percentage of the global population classified as poor fell from 20% to 15%. Meanwhile, the percentage of the global population earning middle incomes increased from 7% to 13%. These are tangible gains in an era of expanding markets.

Interestingly, the economies that Pope Francis knows best, the ones that may most influence his understanding of commerce and finance, can hardly be considered free-market democracies. The government of his home country, Argentina, is economically dysfunctional, lacks transparency and rule of law, and is a place where government corruption runs rampant. Other centralized Latin American countries such as Cuba and Venezuela … Read full article>>

Hon. Sean Duffy who has represented Wisconsin’s 7th Congressional District for more than eight years, today abruptly announced his retirement from serving the U.S. Congress due to learning his 9th child, to be born mid-October, has been diagnosed with a heart condition which makes his spending 4-5 days a week in Washington D.C. no longer feasible. For him, as for any serious Catholic, family takes priority.