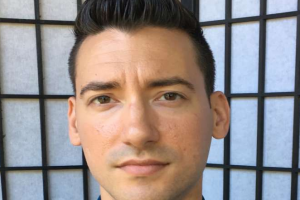 “This is a dangerous precedent for citizen journalism and First Amendment civil rights across the country, sending a message that speaking truth and facts to criticize the powerful is no longer protected by our institutions,” the group added.

The decision was issued Nov. 15, after U.S. District Court Judge William Orrick ordered the jury to find Daleiden guilty of trespass on several separate occasions in the course of his work.

“I have already determined that these defendants trespassed at each of these locations. Because I determined that these defendants trespassed, the law assumes that Planned Parenthood has been harmed and is entitled to an award of nominal damages such as one dollar for each trespass,” Orrick told the jury on Thursday, leaving jury members only with the determination of how much to award the abortion provider.

Daleiden’s lawyers argued that he was investigating violent felonies committed against children born alive in Planned Parenthood facilities. They had previously petitioned to have Orrick removed from the case, alleging bias on the part of the judge.

During the six-week trial, Orrick ruled that jurors could not take into account any information discovered by Daleiden in the course of his investigation which would retrospectively justify his actions, but only the information he possessed when he began his work in 2012.

Planned Parenthood’s legal team told the court that Daleiden’s actions were “not to find crimes, and it was not about journalism. It was about using any means, including illegal means, to destroy Planned Parenthood.”

The suit concerns covert recordings made by Daleiden and Sandra Merritt, who posed as representatives of an invented human tissue company called BioMax to meet with Planned Parenthood personnel. Beginning in 2015, the Center for Medical progress released a series of videos of the meetings which allegedly demonstrate the illegal sale of body parts and fetal tissue from aborted babies.

The released videos appeared to show various Planned Parenthood and StemExpress executives discussing, often callously, their methods for obtaining and selling fetal body parts. Daleiden alleged that Planned Parenthood was profiting from these sales, which is illegal under federal law.

Planned Parenthood, the largest abortion provider in the U.S., has said it abides by all relevant laws and has charged that the videos were deceptively edited. It faced a congressional investigation into the allegations related to the videos.

Soon after the Center for Medical Progress videos were released, Planned Parenthood’s lobbying arm, the Planned Parenthood Action Fund, launched an emergency response campaign, with initial costs projected at $7 to $8 million in partnership with allies and funders such as the Open Society Foundations, the Hewlett Foundation, and the Democracy Alliance.

The Center for Medical Progress has faced several lawsuits seeking to halt the release of the videos. Legal charges against two of its members were dropped in Texas.

In April the U.S. Supreme Court declined to hear an appeal seeking to dismiss a lawsuit against Daleiden and the Center for Medical Progress on the grounds of First Amendment freedoms.