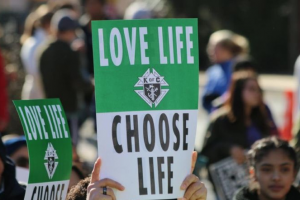 CNA—A proposed federal spending bill is the most extreme pro-abortion funding bill in the history of the United States, said the U.S. Conference of Catholic Bishops (USCCB) in a July 14 statement.

The current Labor, Health and Human Services, Education, and Related Agencies (LHHS) appropriations bill does not include the “Hyde Amendment,” which bars federal funding of most elective abortions in Medicaid. The Hyde Amendment was first introduced in 1976, and has been part of federal budgets every year since.

“This is the most extreme pro-abortion appropriations bill that we have seen, effectively mandating healthcare professionals to participate in abortion, and forcing American citizens to pay for abortion with their tax dollars,” said the statement, signed by Cardinal Timothy Dolan of New York and Archbishop Joseph Naumann of Kansas City in Kansas. Cardinal Dolan chairs the USCCB’s religious liberty committee, while Archbishop Naumann chairs the USCCB’s pro-life committee.

CONSEQUENCE OF ELIMINATING THE HYDE AMENDMENT

“By eliminating the Hyde Amendment, and other Hyde-like policies, the financial fruits of Americans’ labor would advance the destruction of the smallest, most vulnerable humans,” the bishops said.