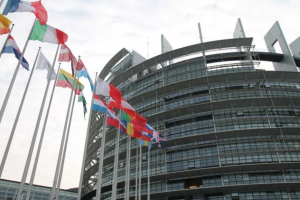 CNA, Rome—An international alliance of Catholic groups has criticized a report adopted by the European Parliament asserting that abortion is a “human right.”

In a joint statement issued ahead of last month’s vote, 14 organizations said that they stood united in the defense of human life from conception until natural death.

“Abortion eliminates an innocent human life and has grave physical and psychological consequences for women who undergo it, and harmful consequences for those who procure it,” said the June 23 statement, issued by participants in the thematic expert groups on family, health, and human rights of the Forum of Catholic-inspired Organizations.

“Moreover, this proposal would undermine the right of conscientious objection, which is essential to true progress and equality in our societies.”

The statement was signed by bodies including the World Federation of Catholic Medical Associations (FIAMC), MaterCare International (MCI), a group of Catholic obstetricians and gynecologists headquartered in Canada, the Pope John XXIII Community (APG23), based in Rimini, Italy, and Femina Europa, an NGO founded in Paris, France.

Members of the European Parliament, the EU’s law-making body, voted on June 24 by 378 votes in favor and 255 against, with 42 abstentions, to adopt the text known as the Matić Report.

In addition to describing abortion as an “essential” health service and redefining conscientious objection a “denial of medical care,” the report declared that violations of “sexual and reproductive health and rights” were “a form of violence against women and girls.”

“I am deeply saddened by the European Parliament resolution calling for the possibility of killing unborn children,” Gądecki wrote on his Twitter account on June 24.

“The culture of life envisaged by the Founding Fathers of the EU is turning into a culture of death and exclusion, with ideology taking precedence over reason.”

The Forum of Catholic-inspired Organizations, based in Rome, Italy, was formed in 2007 by around 90 Catholic-inspired NGOs with consultative status with intergovernmental institutions. Today, it brings together more than 120 groups.

In the joint statement, the 14 organizations said: “We call for the defense of the right to life for the most vulnerable of our societies, the integral health of our women and families, and the conscience rights of healthcare professionals.”