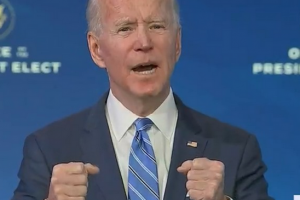 Lifesite News—When President Biden began assembling his Cabinet, several commentators predicted that his presidency would be something of an Obama third term. But now Biden has broken further from those predictions in his budget proposal by gutting the Hyde Amendment — a long-held and popular policy that prevents federal taxpayer dollars from directly funding abortions.

The Obama administration maintained this commonsense compromise even when Democrats controlled both houses of Congress; and if they’re smart and reasonable, some congressional Democrats today will wake up and do the same.

The Hyde Amendment first passed in 1976 with bipartisan support. In fact, a majority of the House members who voted for it were Democrats. The Supreme Court upheld the provision in 1980, and it’s been a point of strong agreement for many Americans, both pro-life and pro-choice, long since.

Biden himself supported the Hyde Amendment for nearly his entire political career. But then, two years ago, Biden did a sudden 180 because… read more>>