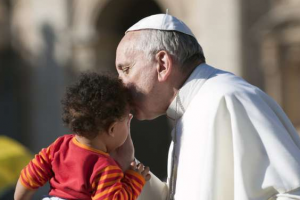 The Charlotte Lozier Institute estimates more than 110,000 unborn babies are being saved from abortion as a result of the pro-life laws currently in place.

In the seven states with full abortion bans, about 80,500 unborn babies used to be aborted annually, according to The 19th News.


110,000 MORE future leaders, artists, entrepreneurs, inventors, scientists, doctors, fighter pilots, parents in the U.S. who we would otherwise NEVER have known about if they’d been aborted.

How many people will these 110,000 people influence for the good, inspire, save?

Four states merely began enforcing their state’s pro-life laws. As a result, abortion facilities in these four states shuttered.  The same is true in states enforcing heartbeat laws (laws that ban abortions once a baby’s heartbeat is detectable — about 6 weeks into pregnancy).

Axios points out an interesting reality: “While clinics that offer abortion offer other reproductive health services, many of them depend financially on abortion” to stay open.”

Yup. Fact. Facilities such as Planned Parenthood indeed make the bulk of their money from abortions.

Under Roe, more than 63 million unborn babies were aborted in the United States, according to LifeSiteNews. Now, suddenly, more infants are allowed to live and grow up and have a life!

As LifeSite notes, “More states are trying to protect unborn babies from abortion. Indiana lawmakers met for a special session this week to pass pro-life legislation, and legal battles are being fought in Kentucky, Utah, Louisiana, Michigan and Wyoming to enforce their pro-life laws.”

We’ve only just begun to unloose the bonds of Roe

It’s ONLY BEEN A MONTH!!  As one of our columnists, former Texas state legislator Tim Von Dohlen, reminds us, the need to offer compassionate healthcare for women and their unborn infants is now greater than ever, including in states where abortion is not allowed.

“It is time to take away the emotion and stubbornness on both sides of the abortion issue,” says Von Dohlen, “and to do something together, women and men, that will make our families and our society stronger for years to come.”