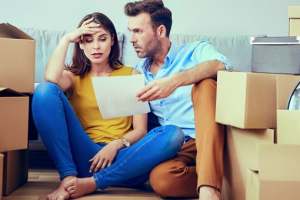 Why America’s Birth Rate is Still Tanking: The Cost of Raising a Child and Lost Millennial Wealth

It’s been 10 years since the Great Recession ended. Yet, despite robust economic growth and low employment over the past two years, births in the United States have continued to plummet.

Before the Great Recession, the fertility rate—the number of children women have on average during their lifetimes—had been on the rise. But once the recession hit and unemployment rose to 10%, many couples put off having children and birth rates declined.

Demographers and economists had long anticipated the birth rate would rebound when the economy recovered. After all, birth rates in the U.S. have historically fallen during economic downturns and risen during times of economic recovery. But despite a fifty-year low in the unemployment rate, rising earnings and wages, and a robust 2-3% growth in GDP almost every quarter since the start of 2017, birth rates are still falling

America’s total fertility rate is also at an all-time low with women on average giving birth to 1.73 children over their lifetimes. This is

far below the replacement fertility rate, which is about 2.1 and is the minimum fertility rate needed for the current generation to replace itself without having to be propped up by immigration.

Despite low birth rates, however, preferences for childbearing in the U.S. have not declined.

According to Gallup, Americans on average think 2.7 children is the ideal number of children to have. This is virtually unchanged from the number of children Americans considered ideal back in the 1970s. In fact, Americans’ ideal family size today is larger than it was before the recession started in 2007—and in 2007, the fertility rate had peaked to the highest level on record since 1971.

So if childbearing preferences are not declining, why have birth rates continued to decline in spite of robust economic growth and low unemployment rates? As it turns out, there is no single driving reason why birth rates have fallen. The decline in the birth rate is the result of a variety of factors—including economic factors, postponement of marriage, demographic changes in the marriage market, and changing ideas on marriage—all of which happen to be converging right about now.

Perhaps the most potent reason driving the falling birth rate is that many adults, particularly young adults in their prime marrying-age years, are finding it difficult to afford having children or are finding it difficult to get their finances in order so that they can have a family. Nowhere has this effect had more impact than on Millennials who now make up the bulk of women in their childbearing years.

Financial concerns have weighed particularly heavily on Millennials as they were the generation hardest hit by the Great Recession. According to the Federal Reserve Bank of St. Louis, Millennials born in the 1980s accumulated 34% less wealth than they would have had the recession not occurred. By comparison, adults born in the 1970s lost 17% of their wealth and those born during the 1960s lost only 11%.

Many Millennials, who faced high employment and underemployment early in their careers, were not able to accumulate as much income or savings as prior generations had when they were entering the workforce. For some young adults, this has made it more difficult for them to achieve enough financial stability to start a family. As adults aged 20-34 years of age make up the bulk of childbearing in the U.S., lower birth rates among the Millennial generation has directly translated into falling birth rates overall.

For one, wages and earnings for young adults in their prime marrying years are less than they were a generation ago. Inflation-adjusted median weekly earnings for adults 25-34 years old today are lower than what they were in 1979 and during the early 2000s. Meanwhile, wages for the workforce overall has increased—an indication that while older adults are still seeing their real wages rise, adults in their prime marrying years are being left behind.

Due to high unemployment and slow wealth accumulation early on in their careers, Millennials are at risk for becoming a “lost generation” in terms of wealth, according to the Federal Reserve Bank of St. Louis. This has likely forced Millennials to put off milestones like getting married, buying a house, and having children.

The loss of wealth accumulation has affected low-income, lower socioeconomic, and minority young adults in particular. The little savings men and women in these demographic groups were able to accumulate were often spent on supporting aging parents or paying for basic living expenses rather than on things like education, transportation, and job training which could have helped to advance their careers.

Additionally, when it comes to getting a college education, young adults today (and their parents) have faced skyrocketing tuition costs. According to tuition statistics tracked by College Board, the inflation-adjusted cost of tuition at four-year private colleges has risen by 134% since the 1986-1987 academic year. At public colleges, the rise in tuition has been even steeper, increasing by 215% since the 1986-1987 academic year.

Meanwhile, wages have not kept pace. Since 1986, real median household income has only increased by 15.7%, according to the Federal Reserve Bank of St. Louis.

The rapidly rising cost of student debt is likely part of the reason why birth rates have been declining in the U.S. According to a study from Ohio State University, every $1,000 in student debt a college graduate is historically linked to a 1.2% drop in the birth rate.

Due to mounting student debt and slow wealth accumulation, young adults have put off owning a home more than previous generations. While 43.3% of adults under the age of 35 owned their own home in 2005, in 2015, only 34.6% of young adults did.

The Rising Cost of Child Care

But there are many other reasons for the declining birth rate in the U.S. and it would be incorrect to fully attribute falling fertility to lost Millennial wealth due to the Great Recession.

A recent New York Times/Morning Consult survey found that the number one reason men and women today cite for having fewer children than their ideal number is that child care is too expensive.

Indeed, the cost of child care is quite steep. According to Child Care Aware of America, the cost of daycare for infants averages between $5,000 – $23,000 per year, depending on the state of residence. For most low-income parents, these costs can be prohibitive.

After child care, concerns related to finances, the economy, and the cost of raising a child were among the foremost reasons adults in the New York Times/Morning Consult survey cited for expecting to have fewer children than they wanted. Nearly 40% also cited not having paid leave through their employer or not having enough paid leave as reasons for not having as many children as they wanted. Presumably, if these couples had the financial security to take time off from work to have another child, they would. A full 36% of adults also said they struggled with striking a work-life balance, in part perhaps due to the fact that many adults do not feel secure enough in their careers or savings to devote sufficient time to family.

Some adults have even chosen to forgo childbearing altogether due to financial reasons. Those who say they do not want to have children most often say they want more leisure time or say that they haven’t found a suitable partner yet. But 31% say they do not want children because they cannot afford child care.

The cost of raising a child has skyrocketed in recent years. Since 2000, the cost of raising a child has risen by 41%. According to the United States Department of Agriculture (USDA), middle-income married households with two children making up to 107K per year spent on average $233,610 per child through age 17. And that does not even include costs associated with putting a child through college. A middle-income couple today with two children can expect to spend about $12,680 per year on a child until the child turns the age of three.

Lack of access to paid leave in the U.S. is also a significant hurdle for many couples. According to a report prepared for the U.S. Department of Labor, 46% of Americans in 2012 who qualified under federal law to take unpaid leave for medical reasons, military deployment, or for the birth of a new child did not take it because they could not afford to do so.

Studies have also hinted at other possible economic reasons for why the birth rate in the U.S. continues to tank.

High unemployment during the Great Recession, for instance, may have a significantly negative hindering effect on how many children Millennials have in the long term. According to a study published in the Proceedings of the National Academy of Sciences, women who live through high unemployment rates while in their early 20s may have significantly fewer births over their lifetimes. The study found that every 1% point increase in the unemployment rate experienced by women in the early 20s correlates with a 14-point drop in the birth rate by age 40.

Next Week: Part II: A look at the cultural and demographic factors driving the falling birth rate.