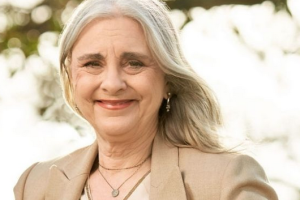 Transgenderism = Self-destruction : Learn the “Whys” behind the Transgender Craze

“Everything you do [as transgender] is about self destruction. You’re changing your name. You’re putting stuff in your body that doesn’t belong. You’re cutting body parts off… The fact is, no one in the history of mankind has ever changed their gender… This idea of becoming your true self is false. You’re becoming your phony self… Everyone who identifies as a transgender is trying to destroy themselves.”

Prolific author and public speaker Walt Heyer lived as a woman for eight years before realizing that his transition was an attempted escape from his abusive childhood. Now Walt speaks out on the harm and falsehood of “gender transitioning.” Through his website, sexchangeregret.com, he receives thousands of emails daily from people seeking help transitioning back to themselves.

Of the thousands of “transitioned” people Walt has worked with, “None of them had gender dysphoria. It was about some underlying cause where you just don’t like who you are.”

Why would you want to destroy you you are?

The questions Walt asks the people he works with are: “’Why do you want to destroy who you are? Why do you engage in self-destructive behavior? What happened to you that caused you to not like who you are?’ These questions help people understand why they’re behaving the way they’re behaving… People bury the child abuse so they don’t have to deal with it. The gender industry is all about keeping people from looking at those issues.”

Who is behind the transgender craze and why?

Hear Walt’s take on these issues and more by watching the full video on YouTube, Rumble, Odysee, or Bitchute.

Can’t get enough of Walt? He’s receiving the Public Witness of the Year award at our Summit for Survivors of the Sexual Revolution. If you’d like to meet him in person, get your tickets now for nearly 50% off before the price goes up Saturday!

Our Early Bird Registration has been extended through this Friday! If you haven’t gotten your tickets to our 5th Annual Summit for Survivors of the Sexual Revolution June 24-25 in Lake Charles, Louisiana, get them now before the price goes up by nearly 50%!

Hear from Kristan Hawkins, president of Students for Life of America, on how we can protect the unborn, and what the potential Supreme Court decision will mean for America.

If you’re worried about the transgender craze sweeping up the youth of our nation, learn what to do about it from Erin Brewer and Maria Keffler, cofounders of Advocates Protecting Children. Also, get first-hand testimony from former transitioner Walt Heyer!

Once gay always gay? No way! Hear from Charlene Cothran and Paul Darrow who left the LGBT lifestyle behind.

Check out this super short video below, share it with your friends, and don’t forget to register for the Summit here.

Have more concerns about the state of the world today? Chances are, we have those issues covered! Check out the full line-up of speakers and topics here.

We look forward to seeing you next month in Louisiana!