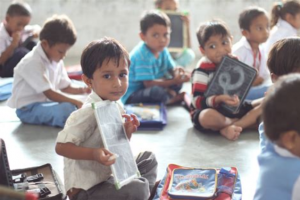 National Review—Breaking up large districts would restrain teachers’ unions.  The many lessons of the COVID pandemic have included an unwelcome one for public-school parents about the outsized power of American teachers’ unions.

Even as private schools remained open or reopened, almost half of public-school districts in the United States continued with “hybrid” learning — the unproven combination of Zoom and classroom instruction. In schools with lower achievement levels, there were fewer in-person classes, according to the American Enterprise Institute’s Return to Learn Tracker.

As events in San Francisco and other cities made clear, it was the teachers’ unions rather than elected officials who had the whip hand when it came to deciding policy — especially in big cities such as Chicago, where teachers threatened to strike.

For decades, those concerned about the quality of urban education have focused on increasing school choice through the advent of charter schools — with notable but limited success.  But the pandemic suggests an additional avenue to both competition and citizen accountability: Break up the big-city school districts altogether to give city parents the sort of “vote with your feet” choice that suburban families have, and to deprive unions of the power to shut down school systems with hundreds of thousands of students or, in the case of New York City, nearly 1 million.

This is a call not just for “decentralization” of school management but rather for full-on local control whereby a district has its own elected school board that sets property taxes to support the schools. It would allow parents in the Bronx to have as much control over the hiring of superintendents as parents in Scarsdale have; similarly for parents in Chicago and… Read more>>