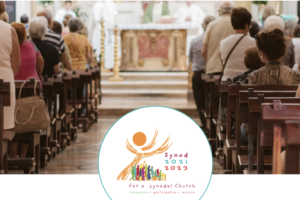 The Anti-Catholic Path of Synodality

Crisis—This week the USCCB released a report with the bureaucratically self-important title, “National Synthesis of the People of God in the United States of America for the Diocesan Phase of the 2021-2023 Synod.” Essentially, it’s a report from the bishops summarizing the results of the past year’s synodal “listening sessions” held in dioceses throughout the country.

It’s as bad as you’d expect.

Most of the input gathered consists of commonly-repeated canards that seem to come straight from diocesan chanceries, not actual people in the pews. For example, one synodal consultation reported:

People noted that the Church seems to prioritize doctrine over people, rules, and regulations over lived reality. People want the Church to be a home for the wounded and broken, not an institution for the perfect. They want the Church to meet people where they are, wherever they are, and walk with them rather than judging them; to build real relationships through care and authenticity, not superiority.

This cliche-ridden passage would only find a home in a corporate marketing or diocesan communications department. It’s full of straw-men (whoever claimed they wanted an “institution for the perfect” or to build relationships based on superiority?) and mushy language that pushes an agenda that’s soft on sin and squishy on doctrine.


There were also the typical complaints revolving around power politics. In a section titled “Co-Responsibility,” the report states, “Many want to see… Read More>>