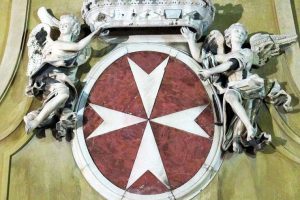 CNA—There will be 120 volunteers of the Order of Malta in Panama for World Youth Day, with the task of “providing first aid to young pilgrims”, Prince Dominique de La Rochefoucauld-Monbel, Grand Hospitalier of the Order, told CNA.

Within the Order of Malta, the Grand Hospitalier includes the office of Minister of Health and of Social Affairs, for Humanitarian Action, and for International Cooperation.

The Sovereign Military Order of Malta is a Catholic lay religious order of a military, noble, and chivalrous nature. It is a subject of international law, and in that capacity it has diplomatic relations with over 100 states and the European Union, and also holds a Permanent Observer status at the United Nations. It is preparing to sign a memorandum of understanding with Panama.

The Order of Malta is currently active in 120 countries, with a wide network of social and humanitarian work.

De la Rochefoucauld recounted that the Order of Malta organized for World Youth Day “120 volunteers, coming from Germany, France and Italy,” whose main task will be that of providing first aid to the pilgrims.

Given the number of pilgrims coming from long distances, “there are people who do not feel well, some of them faint, some of them simply cannot manage the energy. And so, there is the need of professionals there, who are able to care for these people.”

The Order of Malta volunteers are all specifically trained to face any kind of crisis. The Grand Hospitalier underscored that “they have been trained to help in crisis situations like earthquake,” not to mention that “our first aid units in France were among the first assisting the injured at the Bataclan theater.”

De la Rochefoucauld-Mombel also recalled the Paris 1997 World Youth Day, where he was among the first aid corps: “We were called because one of the girls of the group was not feeling well. When we got there, she had fainted, so we started the procedure, automatically: we opened the buttons, untied shoes, put her in the right position to let her breath. The doctor was in front of me. We stared from one to the other and in that moment the crowd started saying the ‘Our Father’ prayer. And we prayed the prayer, too, while continuing to provide the first aid.”