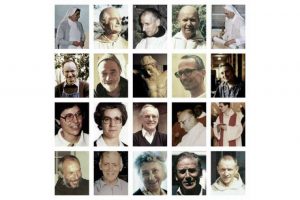 CNA—Archbishop Paul Desfarges of Algiers said that Bishop Pierre Claverie and his 18 companions, who were martyred in Algeria between 1994 and 1996, are “models for our lives as disciples today and tomorrow.”

The Algerian martyrs were beatified Dec. 8 at the Shrine of Our Lady of the Holy Cross in Oran.

“The beatification of our brothers and sisters is a grace for our Church,” Archbishop Desfarges wrote in a November pastoral letter.

He urged the local Church “to love as they did in the freedom that the Holy Spirit gives” because the martyrs “go before us on the path of witness that our Church is called to give in this land of Algeria, which from the first century has been watered with the blood of the martyrs.”

Archbishop Desfarges noted that the 19 martyrs “still continue their mission…their lives were given to God and to the people to whom love had united them.” He encouraged the faithful to pray to them “asking for the grace of fidelity for our Church in its mission.”

The witness of these martyrs, Archbishop Desfarges added, “takes us down the path of ordinary holiness.”

“Life is given to us in order to live it giving ourselves in the everyday,” he continued, “holiness is not a perfection in virtue or morals” but “is a matter of giving your own life, loving and serving in the ordinary things of every day life.”

The Gospel of following Christ, he said, “invites us, encouraged by our blesseds, to live welcoming others to the point of completely divesting ourselves. To welcome the other person is to be totally present to his presence.”

He underscored that “there is no greater love than to lay down your own life for your own friends,” … to “endure humiliations” because “to welcome Jesus means to be welcoming to the enemy,” for “the Cross is lifted up when at the moment you are loving the most, you are rejected.”

Finally, Archbishop Desfarges invited the faithful to live this “time of witnessing” through inter-religious dialogue.

“The witness of the Catholic Church is not a witness against another’s religion, but a witness that the love of Christ poured out in our hearts calls us to live a love for everyone, without distinction, even enemies,” the Archbishop of Algiers concluded.

In January Pope Francis had authorized the Congregation for the Causes of Saints to recognize the martyrdoms.

The future blesseds are Bishop Claverie, who was a French Algerian and the Bishop of Oran from 1981 until his Aug. 1, 1996 martyrdom. He and his companions were killed during the Algerian Civil War by Islamists.

The best known of Claverie’s companions are the seven monks of Tibhirine, who were kidnapped from their Trappist priory in March 1996. They were kept as a bartering chip to procure the release of several imprisoned members of the Armed Islamic Group of Algeria, and were killed in May. Their story was dramatized in the 2010 French film Of Gods and Men, which won the Grand Prix at the Cannes Film Festival.

After the death of the monks of Tibhirine, Bishop Claverie knew his life was in serious danger. A bomb exploded at the entrance of his chancery Aug. 1, 1996, killing him and an aide, Mohamed Bouchikhi.