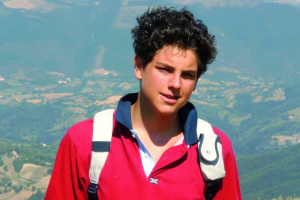 Los Angeles Times—The good news for anyone praying for a little less online vitriol or a much faster internet connection is that the Vatican is on the case.

Showing that it has one foot in the 21st century, the ancient institution is backing a 15-year-old computer whiz to become the first patron saint of the internet.

Carlo Acutis, an Italian schoolboy who helped spread Roman Catholic teaching online before he died of leukemia in 2006, is the perfect candidate to become the protector of web surfers, said Cardinal Angelo Becciu, the head of the Vatican’s saint-making department.

“That’s my hope — he would be an ideal example for all young people,” said Becciu, whose official title is head of the Congregation for the Causes of Saints.

Carlo became deeply religious during his middle-class childhood in Milan and would donate his pocket money to the city’s poor residents.

Crucially, he used his prodigious coding talent to set up websites for priests. At the age of 10, he began to create an online exhibit about religious miracles, which has gained huge popularity since his death….

As Carlo’s fame has spread, Catholics have started to pray to him, and in February, the pope attributed a miracle to the teen, triggering his beatification, the first step toward being made a saint. The beatification ceremony will be held Oct. 10 in the central Italian city of Assisi (of St. Francis fame).

The miracle in 2013 involved the rapid and inexplicable healing of a 6-year-old Brazilian boy suffering from a serious congenital deformation of the pancreas. A priest prayed to Carlo on the child’s behalf.

“The boy was vomiting and risked dying. Then, on the third day of prayers, he started eating,” said Antonia Salzano, Carlo’s mother, who works in publishing. His father works in the insurance business.

“We get news of miracles attributed to Carlo all the time,” said Salzano, 53. “One woman was cured of her cancer after attending his funeral, and I heard of two more a few days ago.”

She added that she could not fathom how… read more>>