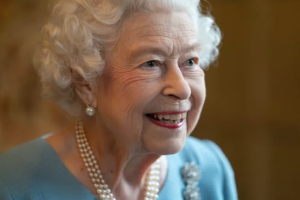 Queen Elizabeth II dies at 96, on the Feast of the Nativity of the Blessed Virgin

(CNA)—Queen Elizabeth II, the longest-reigning monarch in British history, and the oldest and longest-serving head of state in the world, died at the age of 96 Thursday at Balmoral Castle in Scotland after a brief illness.

Elizabeth Alexandra Mary, born on April 21, 1926, was the elder daughter of Prince Albert, duke of York, and Lady Elizabeth Bowes-Lyon. There was little expectation that she would ever become queen, and she and her younger sister, Margaret, who died in 2002, are said to have lived a carefree, practically “normal” life.

That all changed on Dec. 11, 1936, when her father’s older brother, Edward VII, abdicated the throne to

At age 27, Elizabeth ascended to the throne after her father’s death on Feb. 6, 1952. In the course of her 70-year-reign, she served with 15 prime ministers, from Winston Churchill to the newly instated Prime Minister Liz Truss. Following a centuries-old tradition, Elizabeth officially asked Truss to form a new government on Sept. 6, although the ceremony was held at Balmoral Castle rather than Buckingham Palace due to the queen’s recent mobility issues.

Her extraordinarily long reign, which one observer noted covered 30% of U.S. history, was astonishing in that she remained physically and mentally engaged until her last days. As Head of State of Britain’s constitutional monarchy, she represented Britain and served as a stabilizing and unifying leader and advocate for members of the Commonwealth. Since she became queen, she made her role as Head of the Commonwealth a priority and saw the number of nations in the Commonwealth grow from eight to 54 today. During her lifetime, she also met five different popes.

Beyond her ceremonial functions, she was known for keeping well-informed of issues facing her nation. An avid horsewoman, she reportedly had to stop her beloved pastime last fall. As recently as this June, she was back in the saddle and was seen riding her pony at Windsor Castle.

Elizabeth was preceded in death by her husband, Prince Philip, duke of Edinburgh, who died on April 9, 2021. She had four children, eight grandchildren, and 12 great-grandchildren. The eldest son, Charles,

prince of Wales, will now become king and his wife, Camilla, duchess of Cornwall, will become Queen Consort.

The queen’s four children — Charles; Anne, princess royal; Andrew, duke of York, and Edward, earl of Essex — were at the queen’s bedside before she died.

She was a vocal proponent of the practice of religion, whether it was Anglican or not. She used her Christmas Day message to call for interfaith harmony. On the occasion of the Diamond Jubilee marking the 60th year of her reign in 2012, she and the duke of Edinburgh attended a multi-faith reception at Lambeth Palace hosted by the archbishop of Canterbury.

“Faith plays a key role in the identity of millions of people, providing not only a system of belief but also a sense of belonging. It can act as a spur for social action,” the queen said.

“Indeed, religious groups have a proud track record of helping those in the greatest need, including the sick, the elderly, the lonely, and the disadvantaged. They remind us of the responsibilities we have beyond ourselves,” she said.

In matters of personal faith, the queen was said to have been deeply religious. The Washington Post reported that, according to Oxford University theology professor Stan Rosenberg, the queen had “a deep vibrancy of faith,” and “read Scripture daily, attended church weekly, and regularly prayed.”

Her Christmas radio messages were sometimes deeply personal and revealed a life of prayer and faith.

“I know just how much I rely on my faith to guide me through the good times and the bad,” she said in 2002. “Each day is a new beginning. I know that the only way to live my life is to try to do what is right, to take the long view, to give of my best in all that the day brings, and to put my trust in God. … I draw strength from the message of hope in the Christian Gospel.”