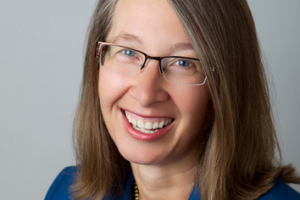 Through social media and political rallies, proponents of Medicare for All are touting the benefits of a single-payer universal health care system for America.

But socializing medicine bit by bit, as the Affordable Care Act has done, or in one fell swoop, such as Medicare for All would do, certainly isn’t the answer.

Unfortunately, the United States already has partially socialized government programs such as Medicare, Medicaid, and Obamacare that are facing insolvency, jeopardizing state budgets, and restricting access to care. This is the wrong direction and dangerous to boot. Americans need to recognize that these “free” government programs are not free but instead jeopardize the very freedoms we prize, such as the freedom to choose a doctor, the freedom to receive individualized care, and the freedom to use our hard-earned dollars as we choose.

Our focus should not be on how slowly or quickly progressives want to switch us to a socialized medicine system of government control and global budgets. It should be on how much it would cost in patient lives, citizen pocketbooks, access to medical care, and individual freedom. The vulnerable, the sick and the injured have the most to lose.

As has been proven over and over, socialized medicine leads to negative outcomes for patients: long waits to see a doctor, limited options in choosing a doctor, denials in coverage and delays in treatment, which can be deadly.

White House hopeful and self-described socialist U.S. Sen. Bernie Sanders recently posted a tweet saying the U.S. should follow in the footsteps of Finland’s socialist health care system, where the individual’s direct cost to have a baby is just $60.

But Bernie spoke too soon. Just two days later, the Finnish Prime Minister and his entire cabinet resigned. His government had failed to implement significant and necessary reforms of Finland’s health care system. The country’s universal system is too expensive for taxpayers, so, to cut costs and to prepare for 2030, when 25 percent of Finland’s population will be over age 65, the PM had tried to centralize regional authority over the system. It didn’t work. So regardless of what a patient may pay at the point of care, expect Finnish taxpayers to pay much more all year long.

Under socialized medicine, a country’s underlying total costs are far greater than they appear on the surface. Consider the Canadian system, which lets Canadians die waiting for care—44,000 women over the last two decades, according to the Fraser Institute. Other patients lose bodily functions. For example, one boy with severe scoliosis faced a three-year wait for surgery, despite guidelines recommending no more than three months. While waiting, he became a paraplegic. As the Canadian Supreme Court noted in a 2005 ruling, a waiting list is not the same thing as access to health care.

Canada’s national “waiting for medical care” system is also not free, despite claims otherwise. Taxation rates range from $496 for Canadians with the lowest incomes to $38,903 for those with the highest.

Let’s return to Sen. Sanders’ favorite socialized system. Finland faces an aging population and rising costs for treatment; its government struggles to pay the bills as a result; and care shortages have begun. For example, hospital beds have decreased almost 40 percent, and patients are waiting longer to see a general practitioner. In fact, patients can’t see a specialist unless they visit a GP first; the government forbids it.

America should be running away from socialized medicine

Finland’s situation and Canada’s painful realities show real-life medical consequences America should be running away from, not moving toward. There is abundant evidence that socialized medicine systems don’t work, and its patients are the ones who suffer the most.

What should America do instead?

There are plenty of alternatives that support both freedom and affordability. We should embrace direct payment for care, such as by practices found on The Wedge of Health Freedom website.

We should exit third-party payment systems (employers, government, prepaid health plans), which have inflated the cost of everything from a simple physical to a complex surgery.

American-made medicine is still the best in the world. Let’s keep it that way.

Twila Brase, RN, PHN, has been called one of the “100 Most Powerful People in Health Care.” She is president and co-founder of Citizens’ Council for Health Freedom and author of the new book Big Brother in the Exam Room: The Dangerous Truth About Electronic Health Records.