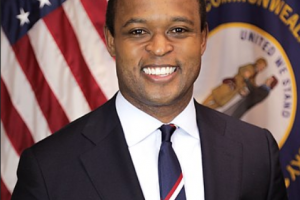 Kentucky District Attorney General Daniel Cameron is one example among many outstanding lawyers tucked away in towns and states nationwide, and some in other countries, who are standing in the footsteps of the great Saint Thomas More, former Chancellor of England under King Henry VII. These are lawyers in a position of influence and are standing up for the voiceless unborn.

No flash.  No nonstop media coverage.  No bells and whistles.

Instead, they arm themselves simply with the truth, with reality, and with an unwavering clarity of what matters in this life…. and the next.

LifesiteNews—Kentucky Attorney General Daniel Cameron has asked the Supreme Court to uphold the state’s ban on dismemberment abortions. Earlier this year the nation’s highest court agreed to take up the case.

The U.S. Supreme Court agreed in March to hear a Kentucky abortion case to decide if the state attorney general can take up the defense of a pro-life law after the governor’s office refused to do so.

The justices will consider whether Cameron can intervene in the case. However, they will not consider the dismemberment abortion ban itself – at least not yet.

Today, Cameron filed a brief before the United States Supreme Court in support of… Read More>>