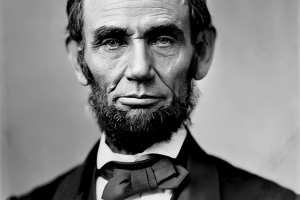 “God bless you and all with you,” wrote Lincoln to McClellan after the Battle of Sharpsburg (or Antietam). “Destroy the rebel army if possible.” But September passed, and McClellan still did not pursue Lee. On October 1, Lincoln ordered McClellan to pursue Lee. McClellan obeyed — but only after another 18-day delay.

Though not a decisive victory, the Battle of Sharpsburg (or Antietam) was still a victory for the North; McClellan had held the field while Lee retreated. It was for just such a victory that Lincoln had been waiting — “God,” he said, “had decided in favor of the slaves.” On September 22 he issued the Preliminary Emancipation Proclamation:

“On the first day of January, in the year of our Lord one thousand eight hundred and sixty three, all persons held as slaves within any State, or designated part of a State, the people whereof shall then be in rebellion against the United States, shall be then, thenceforth, and forever free.”

This proclamation, of course, did not free all the slaves — only those living in the states “in rebellion.” It also did not immediately free any slaves — the Confederacy had three months to decide whether it would lay down arms. Southerners saw this proclamation as inviting a slave revolt. In an article, “Civilized Warfare,” published in 1863, the Reverend Joseph Cross spoke for many southerners when he wrote, “O that Mr. Lincoln could see himself as others see him!” Cross approvingly quoted an Irish paper, the Belfast News Letter, which said:

“If Mr. Lincoln were a Brahmin we could understand him . . . The law promulgated by Mr. Lincoln is like that of Menu, which declares that the Brahmin is entitled to all that exists in the universe by his primogeniture and eminence of birth. This eminent Yankee claims sovereign sway from Staten Island to the Rocky Mountains. . . . His Emancipation proclamation is nothing more nor less than a premium for murdering men and outrag­ing women. It is the most odious and atrocious outburst of brutal and cowardly vindic­tiveness that ever emanated from a pagan or ‘christian’ tyrant.”

Southerners were horrified. The Emancipation Proclamation, they thought, not only struck at their economy, but the safety of their women and children. Jefferson Davis echoed this sense of horror. He called Lincoln’s proclamation the “most execrable measure recorded in the history of guilty man.”

Many abolitionists were not satisfied with the proclamation, since it exempted the Border States. But others saw its true import — it put slavery on the road to quick extinction; for how could the Border States maintain slavery when it was everywhere else abolished? It also changed the very character of the war. No longer was it a struggle for something called the “Union.” It now became a fight for human freedom.

This article is culled from the textbook, Lands of Hope and Promise: A History of North America.  Find here digital samples of these textbooks in the series of highly praised history textbooks for Catholic Schools produced by Catholic Textbook Project,  and currently in use in schools in more than 100 dioceses and internationally.  For more information go to CatholicTextbookProject.com.