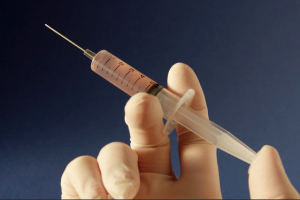 Courthouse News Service—Businesses all but assured that the Supreme Court would issue guidelines on the new federal vaccine-or-test mandate set to take effect Monday got only crickets, creating national confusion about policy that prompted the justices to hold a special session last week.

The Occupational Safety and Health Administration announced the mandate in November, implicating approximately 84 million workers with a rule that says all large private businesses with over 100 employees would have to require mask wearing and weekly coronavirus testing for any worker not vaccinated against Covid-19.

President Biden has championed the policy as essential to ending a pandemic that has killed over 800,000 Americans — logic to which Justices Sonia Sotomayor, Stephen Breyer and Elena Kagan all appeared receptive at a rare session of oral arguments on the case Friday.

The trio are in the minority, however, as their conservative colleagues questioned the federal government’s authority to enforce the mandate.

With no word from the court Monday, employers are scrambling to now implement mandate-compliant plans. The testing component of the mandate does not begin until Feb. 9, but starting Monday employers are required to start gathering employee vaccination statuses and require masking.

The practical effect for employers is that they must now set up policies for tracking vaccination statuses, establish records on statuses to send to OSHA, give paid time off to employees to get vaccinated and recover from symptoms, and enforce mask wearing. Some employers might be rolling out these policies today, while others will continue await for a decision from the court.

Michelle Strowhiro, a partner at McDermott Will & Emery, noted in an email Monday that the court’s silence leaves employers unsure whether to roll out new policy “to avoid legal exposure for noncompliance, while knowing that later today or tomorrow that OSHA ETS-compliant policy may become moot.”

Normally a stay in a case would not be the end of the road, but a stay of an emergency rule such as OSHA’s could kill the policy for good.

Legal challenges have caused employers to have to constantly update their Covid-19 vaccination, testing, and masking policies to mirror the current legal landscape. They also have to contend with sometimes conflicting local, state and federal guidelines. This is further complicated for employers who operate across multiple states. The OSHA mandate would simplify some of that guidance by creating one clear standard to abide by.

“This decision is even more difficult for employers that operate in states with laws that conflict with the OSHA ETS; if the OSHA ETS is effective, OSHA takes the position that its ETS takes precedent over contrary state or local laws, but if it is stayed those employers must comply with their applicable state and local requirements,” Strowhiro said.

OSHA has faced legal challenges to its mandate since it was announced in November. The multitude of challenges across the country triggered a lottery process tossing all the cases to the Sixth Circuit where a pause on the mandate was overturned in December. Within days, the Supreme Court was flooded with appeals leading the justices to hear arguments in the case.

Health care workers at federally funded hospitals are also awaiting the high court’s resolution of a rule from the Department of Health and Human Services requiring them to be vaccinated. The mandate temporarily on hold in 25 states because of various lower court rulings would require all health care workers at federally funded facilities to have their first shot or submit their exemption request by Jan. 27 and have their second shot or exemption approval by Feb. 28.

The justices heard arguments on this case as well Friday, appearing more favorable to a mandate for health care workers based on the government’s more clear authority to regulate health-related settings.