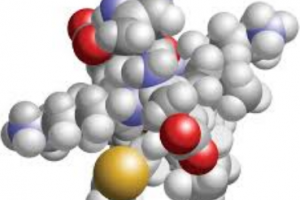 By Hope in a Can team

As recorded in Wikipedia, “Lunasin was the first dietary compound with an identified epigenetic mechanism of action. This mechanism (histone acetylation) was identified by Alfredo Galvez in 1996 and patented in 1999.

“Lunasin is a peptide that can be found in soy, barley, wheat,[2] and rye. This polypeptide was originally isolated, purified, and sequenced from soybean seed in 1987. Although uncertain about the peptide’s biological activity, the Japanese team of researchers described it as a 43-amino acid peptide, noting specifically the unusual poly (L-aspartic acid) sequence at the carboxyl terminus.

“Subsequent research by Alfredo Galvez in the laboratory of Ben de Lumen at the University of California–Berkeley identified the peptide as a subunit of the cotyledon-specific 2S albumin. The name of the protein was chosen from the Filipino word lunas, which means “cure,” Lunasin was patented as a biologic molecule in 1999 by de Lumen and Galvez.”

For those not familiar with the modern term epigenetics, you need to know a little about the human genome project.

The human genome project began in 1990, when scientists set out to map the human genome.  The thinking at that time was that if we can map the genes that occur in our DNA, we will know the causes of human diseases, because the diseases would appear as some type of gene mutation.

Scientists were expecting to find over a half a million genes in the human genome or DNA.

They finished the project in 2001 and the results were surprising.

Scientists expected to find that our DNA was made up of 90% genes, and 10% of it was a type of “packaging material” or “Junk DNA.”  This “Junk DNA,” it was believed, served no purpose.

Instead, what they found was the “Junk DNA” comprised 98% of the genome!  The genes made up only 2% of our DNA.

In fact, there are only 20,887 protein coding genes in the human genome (the same number as in a fruit fly!) not a half a million as expected.

Moreover, that “Junk DNA” that was thought to have no purpose has been shown to perform an amazing function: It exerts control over the expression of those genes. It can turn on good genes and turn off bad genes.

As a result, the “Junk DNA” or “Packaging Material” is now referred to as the epigenome.  The prefix “epi” means “above” or “over” because it functions to exert control over the genome; that is, the genes in our DNA. As a result, there is a new branch of science called epigenetics, and a new way to understand how we can influence our genetics.

———————
Hope in a Can is a group of friendly, faith-motivated business owners who enjoy offering hope and helping others to live healthy, offering proven products that continue to set the industry standard for cutting-edge nutrition. Learn more at HopeinaCan.com or ask questions by calling 1-855-921-HOPE (4673)