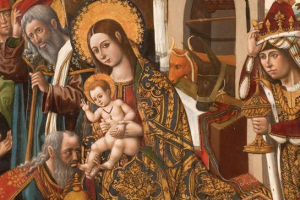 Our Patient and Indulgent Mother Church

Crisis—A few decades ago, I had lunch with Daniel Carroll in Howard County, Maryland, during which he used a pop-up toaster in his grand dining room, which was hung with ancestral portraits. There were many such portraits, for Dan was a direct descendant of the only Catholic signer of the Declaration of Independence, Charles Carroll of Carrollton. Doughoregan Manor has been a private residence since it was built in the early eighteenth century, although its family chapel was open to area Catholics in days when the Faith had been proscribed. After the Civil War, the chairs in the chapel, where the signer is buried, were purchased by a maternal antecedent during a trip to Paris when the Church of the Madeleine was being renovated. I never got to go back to Doughoregan, but Dan wrote to say that he was using the incense I had given him.

What matters here are those chairs, for they were used at the funeral of Chopin. The “Raphael of the piano,” as Heinrich Heine called him, had requested that Mozart’s Requiem be played at his obsequies; special permission was granted for female singers, who were concealed behind a black velvet curtain, which must have posed an acoustical challenge. Pauline Viardot, who had affectionately nursed Chopin in his last illness, sang the mezzo-soprano part of the “Tuba mirum” movement. The soprano, Jenny Lind, had recently returned from America, where P.T. Barnum had paid her an unheard-of $150,000; she had vain hopes of returning to New York with Chopin. One of the pallbearers was the Romantic painter Eugène Delacroix, long rumored to have been the natural son of the diplomat and sometime bishop Talleyrand. Three thousand devotees packed the great Neoclassical church. For all the black crepe, Chopin’s funeral was a colorful Catholic moment.

In the peccadillos, inconsistencies, and paradoxes of celebrities like Chopin are displayed the mixture of sublimity and earthiness which constitute the moral texture of Catholicism: an elasticity of accommodation that unsubtle critics confuse with hypocrisy, and a generosity of spirit that zealots (both secular and religious) scorn as indifference. Chopin is but one of many witnesses from his own age to the patience that Catholicism has for the creative mind, and even what the Romantic Age named “genius.” Such patience is at risk today when sentimentality indulges a false mercy, not knowing the difference between steadfastness and rigidity, and confusedly loving the sin as part and parcel of loving the sinner. The Church, rather, is like the Scriptures as described by Pope Gregory the Great in his Commentary of Job: a river broad and deep, shallow enough here for the lamb to go wading, but deep enough there for the elephant to swim—planus et altus, in quo et agnus ambulet et elephas natet.

That expansiveness expresses the solicitude of Holy Mother Church in nurturing souls. That patience and… Read full article>>