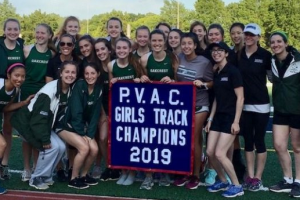 International Dateline—Oakcrest School announced its departure from the Potomac Valley Athletic Conference (PVAC) last week, becoming the second school to leave the conference because of the league’s inclusive policy regarding transgender athletes.

Mary Ortiz, Oakcrest’s Head of School, wrote a letter to PVAC President Taisto Saloma on June 14 informing him of Oakcrest’s withdrawal from the conference. The reason for Oakcrest’s exit was that PVAC athletic directors voted in favor of a policy in January that allows all athletes to compete on the team consistent with their gender identity. Grace Brethren Christian School was the first school to leave the conference because of gender identity issues when it abruptly exited the PVAC this past winter.

Oakcrest, an all-girls Catholic school in Vienna, Virginia, has been a PVAC member for 30 years. Ortiz felt that the PVAC no longer protected Oakcrest’s mission after January’s lopsided vote in favor of the new policy. Ortiz said that the PVAC’s mission is “now defined in a way that no longer leaves room for a school like [Oakcrest].”

“Our mission is deeply rooted in natural law and the teachings of the Catholic Church. As a result, we have great respect for the dignity of each student, who is created in the image and likeness of God as male or female,” Ortiz wrote in the letter.

Ortiz also argued that allowing transgender girls to compete on girls’ team is unfair and unsafe.

“We are far from alone in noting that there are legitimate concerns about fairness and safety whenever boys who identify as girls compete at the middle school and high school level,” Ortiz wrote. “Physical strength, speed, and general athletic prowess are strongly associated with biological, sex-related characteristics.”

George Hornickel, the director of school at Grace Brethren, expressed similar ideas to Ortiz when he described transgender girls playing on girls teams as “a form of cheating” in a … Read More>>