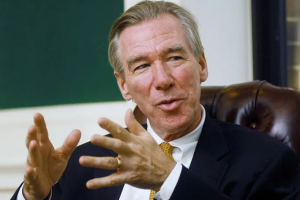 Dear Members of the University Community,

Three events took place on our virtual campus yesterday that featured a wide range of voices. One (in which I participated) was a panel discussion on The University in the Time of Covid, organized by the Institute for Human Ecology. I talked about how the work of the University concerns more than just learning stuff; it’s also about learning to live a good life. In the evening I saw our students doing just that. Two events run by student organizations offered different, complementary perspectives on being pro-life. I attended both, and I was impressed by the poise, thoughtfulness, and constructive attitude the students displayed.

Those events were in stark contrast to the social media activity of the past few days, which questioned the choice of Abby Johnson as a speaker at one of these events. I’d like to say two things about the University’s speaker policy, and the thinking behind the decision to allow her talk to proceed.

In first amendment law we draw a distinction between government speech and private speech. When the government speaks, it is entitled to say what it wishes, and to exclude contrary points of view. President Biden can speak in favor of a more liberal immigration policy. He can tell the State Department not to talk about a border wall.

On the other hand the first commandment of the first amendment is that the government can’t regulate private speech on account of its content. If a concerned citizen wants to write a column saying the election was stolen, there is nothing the government can do about it.

The first amendment does not apply at Catholic University, because we are not a public institution. But there is a good deal of wisdom in it, and we follow something like the government/private speech distinction in our own affairs. Conferring honorary degrees at commencement is an act of the president and the trustees on behalf of the University, and we choose honorees carefully. We follow the counsel of the USCCB, which has said that we should not give “awards, honors, or platforms” to people “who act in defiance of our fundamental moral principles” (Catholics in Political Life 2004).

In my own writings about abortion, race, politics, or health policy, speaking as the president of the University, I express a particular point of view which I think is for the good for our community and our students. I have no obligation to present alternative views.

On the other hand we give considerable room to students who may wish to hear a particular speaker or point of view. The fact that we allow them this latitude does not mean that the University endorses the ideas that invitees might hold. How could it, when we give equal freedom to speakers holding contradictory points of view? Nor does it imply, in post-modern fashion, that there is no truth, and that all points of view are equally valid. Rather, our approach shows a proper respect for young adults by offering a vision of truth, beauty, and goodness (in our curriculum, programs, and communications), but not forbidding them to hear another message.

The other point I want to make is about the nature of the objection to Ms. Johnson’s appearance. The students invited her to speak about her experience working for Planned Parenthood and her subsequent embrace of the pro-life movement. Those who objected to her appearance by and large agreed with Ms. Johnson about abortion. But they pointed out that she held other views – about race, politics, and the COVID vaccine – that were offensive and inconsistent with Catholic teaching.

This is a principle that would disqualify many, if not most, speakers who might be invited to campus. To take just one obvious example, it would disqualify students from inviting President Biden to speak about immigration policy, because he holds views about abortion (that it should be freely available; that pro-life citizens should be taxed to support it) that the Catholic Church condemns.

Our students showed the wisdom of our fairly liberal speaker policy. The challenge, as one speaker correctly observed, is to ensure that we conduct our debates in a way that does not disrespect others. I saw a lot of respect in both events last night. I hope to see more, not fewer, conversations like those.