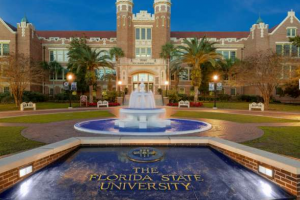 CNA—A federal court ruled on Friday that Florida State University (FSU) must pay the Catholic former leader of the student senate who was removed in June for comments he made about Church teaching and anti-racist groups.

Jack Denton, the former president of the FSU student senate, was removed from his position by fellow senators in June over comments of his in a private GroupMe chat forum for Catholic university students which were subsequently circulated to a member of the senate.

Denton had expressed concerns that policy positions of certain groups, such as the ACLU and BlackLivesMatter.com, contradicted Church teaching on abortion, marriage, sexuality, and policing, and cautioned students to be aware of those positions before they donated to the groups.

He was subsequently accused of transphobia and racism by fellow students and, after a first vote of no-confidence in him failed, he was removed in another vote of the student senate on June 5.

Judge Allen Winsor of the North Florida District Court ruled that Denton’s claim of a violation of his free speech rights had a likelihood of success. He ordered FSU to pay Denton for six hours of work a week, for the remainder of what would have been his term as student senate president.

“To state the obvious, expressing one’s religious views, as Denton did, is a constitutionally protected activity. And being removed from a student senate presidency, as Denton was, would chill someone from expressing himself,” Winsor wrote.

The judge granted Denton’s motion for preliminary injunction in part on Friday, ordering that he resume receiving his salary; however, he did not order that Denton be reinstated as president of the student senate.

Denton would be “unlikely” to recover damages, Winsor ruled, and to reinstate him as student senate president “could produce tumult and chaos” and “would, in fact, cause more harm than good.”

Denton was represented by the religious freedom legal group Alliance Defending Freedom. His attorney, Tyson Langhofer, said on Friday that students should not have to fear retaliation for constitutionally-protected speech.

“Safe Space” on university campus has no room for Catholic or Christian beliefs, Archbishop Wenski of Miami calls it “soft despotism”

“While FSU students claim they’re creating a ‘safe space,’ they’ve tried to cancel Jack’s freedoms and discriminate against him because they don’t like his beliefs, in direct violation of the school’s SGA Ethics Code, the Student Body Constitution, and—most importantly—the First Amendment,” Langhofer said.

University officials did not dispute the facts of the case, but challenged their liability. Judge Winsor said that they could have overruled the students’ removal of Denton as chair, as well as the student supreme court’s refusal to hear his appeal—but they did not.

“It is true that ‘a public employee’s right to freedom of speech is not absolute,’” Judge Winsor stated in his order, but Denton “was speaking in his personal capacity about his religious views in a forum designed for just that.”

Archbishop Thomas Wenski of Miami, the chair of the U.S. bishops’ religious freedom committee, called Denton’s removal part of a “soft despotism” of anti-religious intolerance in the U.S., in June.

Even though he had privately posted “defenses of, basically, Catholic moral teachings,” Wenski said, “that was a step too far for many of these new Jacobins we see around.”