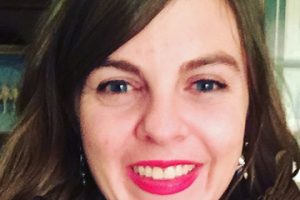 The Napa Institute, in conjunction with The Busch School of Business at the Catholic University of America (CUA), held its fourth annual Principled Entrepreneurship Conference in Washington, D.C. this past week.

This year’s conference drew together more than 150 businessmen and women, priests and religious who listened to dynamic presentations, participated in discussion-based focus groups, and enjoyed opportunities for prayer, networking and fellowship with their fellow Catholic professionals. Also present were large numbers of undergraduate and graduate students of The Busch School of Business who were eager for inspiration and direction as they prepare to begin their lives as young men and women hoping to revitalize American culture through their work.

This year’s theme was The Dignity of Work. Based on Pope St. John Paul II’s writings that explored how “the sources of the dignity of work are to be sought primarily in the subjective dimension,” the conference focused on the role of work in shaping the character and spirituality of the human person.

John Garvey, President of the Catholic University of America, reminded attendees of the words of the ancient philosopher Anaxagorus: “It is by having hands that we are the most complex of animals.” For this reason, he explained, man’s capacity to labor is integrally related to his dignity. This central idea was explored by other speakers—including Steve Green, Carly Fiorina, Jay Richards, Arthur Brooks, Liz Koch, Kylie Stupka, Dr. Max Torres, and John Abbate—each of whom offered distinctive but complementary perspectives on the nobility of work, the role of faith in the workplace, the virtues fostered by the start-up life, and the future of human labor in the technological economy.

As a graduate student of English Literature, I was an atypical conference attendee. Though I was glad for the opportunity to meet like-minded professionals, I did not expect it to be of much relevance to my career as an academic. But I was thrilled to discover that I couldn’t have been more wrong.

The scope of the talks, the transparency and sincerity of the speakers, and the spirit of faith which permeated the conference, proved the veracity of the conference theme: All work is human and therefore noble, and can be approached with the same toolbelt of virtues, skills and attitudes.

Over the next two weeks I’ll be offering more in-depth coverage of the Conference’s two keynote talks; one given by Carly Fiorina and the other by Arthur Brooks. These articles will be framed from the perspective of young Catholic professionals, including me, who found our view of work reshaped and who found ourselves reinvigorated to use our abilities and opportunities to reorient the culture to an authentic understanding of the dignity of the human person.

The Napa Institute supports “Catholic leaders in becoming countercultural forces in building institutions and habits that will carry the faith and the faithful, with their children and grandchildren, forward.”