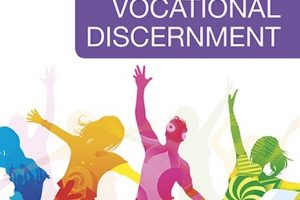 Crisis —  Your Excellency:   As a young Catholic, I write to share my grave concerns about the looming youth synod. I am grateful for your repeated efforts to promote orthodoxy at this event and your attempt to ask Pope Francis to presently cancel it in light of the sexual abuse crisis.

“Right now, the bishops would have absolutely no credibility in addressing this topic,” you said.

Your Excellency, today I reread Archbishop Viganò’s jarring testimonies. Numerous figures named by him will participate in the youth synod, including:

It is scandalous that amidst these grave claims and a crisis of overwhelmingly homosexual predation on the young, both minors and adults, this synod is now targeting youths with a homosexual agenda championed by McCarrick and the St. Gallen mafia. Both McCarrick and the mafia’s leader, Cardinal Martini, openly supported same-sex civil unions, while various mafia members hailed homosexual “marriage” laws and crusaded for “gay Masses.” McCarrick and a mafia member boasted of a pre-conclave plot to revolutionize the Church in four or five years—and now, five years later, McCarrick protégés like Cardinals Cupich, Tobin, and Farrell are leading a revolution on homosexuality, while the youth synod prepares to be governed, in great part, by the Vice President of the Martini Foundation.

He is Fr. Giacomo Costa, a Jesuit who has promoted same-sex couples’ struggle for “social and civil rights.” He has repeatedly praised subversive family synod texts by his predecessor as special secretary and fellow Martini disciple, Archbishop Forte—echoing Forte’s challenges to natural law and hailing his manipulated synodal report on the “precious support” found in same-sex relationships.

Fr. Costa is a main engineer of the Instrumentum Laboris, which promotes the ideological term “LGBT” and asks “what to suggest” to youths in homosexual relationships—after already invoking Amoris Laetitia 303, which says conscience can discern that God is “asking” for sexual immorality. This is the very passage that Cardinal Cupich used this year to prophesy of a “paradigm shift” on morality—after declaring, at the last synod, that conscience determines whether homosexual couples can receive the Holy Eucharist.

Your Excellency, Martini said, point blank, that the Church “can’t teach young people anything”; “we can only help them to listen to their inner master.” His “School of the Word” taught youths such “discernment,” a process he modeled in Night Conversations by saying that having the goal of “self-giving” during “physical encounters” is “more important than asking whether this or that is permitted or is a sin.” Youths at a pre-synodal meeting that Fr. Costa helped lead received Martini-like training on trusting their consciences.

Martini plotted to use young “prophets” to revolutionize the Church, and his disciple Fr. Thomas Rosica—this synod’s English-language spokesman, who gave skewed pro-homosexual briefings at the family synod—has stated that the “right young people” need to be invited to this synod. These chosen young participants include:

Other synodal participants have promoted acceptance of homosexual relationships through collaborative writings with Fr. Costa (Fr. Carlo Casalone, S.J., President of the Martini Foundation), through a “shadow council” (Cardinal Marx and Msgr. Philippe Bordeyne), or through campaigns for “lifestyle ecumenism” (Cardinal Schönborn, the pope’s chosen “interpreter” of Amoris Laetitia). Fr. Antonio Spadaro—the papal confidante who exchanged a big thumbs-up sign with Archbishop Forte when his pro-homosexual report was read, as recounted in Lost Shepherd—will preside as secretary of the synod’s information commission.

We recently saw the iron will for revolution at the World Meeting of Families, organized by McCarrick’s protégé Cardinal Farrell. He celebrated Mass with an LGBT activist deacon, and leaders from the aforementioned “gay Masses” touted their success in going “mainstream” by gaining liturgical leadership roles at Farm Street Parish—with the support of synod participant Cardinal Nichols. Fr. James Martin, S.J., pushed for “LGBT people” who don’t “live up to the Gospels” to be Eucharistic ministers and hailed the group Out at St. Paul—which boasts “Pride Masses” and trips to “gay bars” and priests who endorse active homosexuality, according to one member.

Now, forebodingly, a new papal document has just augmented this synod’s power. Synodal managers—including Cardinal Baldisseri and Fr. Costa—will wield almost total control over the event, despite Baldisseri’s history of manipulating the family synod and falsely attributing this synod’s pro-“LGBT” language to the document by young people. The synod’s final document will still be written by papal appointees—who in 2015 included Baldisseri, Forte, Wuerl, and Amoris Laetitia’s ghostwriter—but it will now be part of the pope’s “ordinary magisterium” if he desires. It is as if McCarrick’s eerie 2013 talk with an “influential Italian gentleman” about having “five years” really is driving the anxiety to speed up this synod’s reverberations across the Church.

Your Excellency, I am deeply scandalized that we young people are being used to push a sexual agenda from McCarrick, Martini, and the St. Gallen mafia. I am scandalized that their spirits are rising, phoenix-like, to preside over this synod, rising to imperil the purity of youths while orchestrating the advance of what Cardinal Caffarra called a worldwide “anti-creation.”

Last year, this dubia cardinal warned that Sr. Lucia of Fatima’s prophecy of a “decisive” struggle over “marriage and the family” was being “fulfilled today.” It was on October 13, 2014—the feast of Fatima’s great miracle—that Archbishop Forte’s… Read More>>