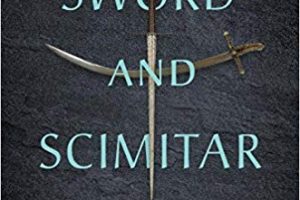 Crisis mag—At a time when Catholic youth are taught that Islam means peace, pilgrimage and prayer, and Catholic adults are under the impression that Muslims are a misunderstood minority who only want to share their values and their baba ghanoush, it’s refreshing to occasionally make contact with reality.

I mean “refreshing” here in the sense that a dive into chilly waters is refreshing. I just finished reading Raymond Ibrahim’s Sword and Scimitar, a history of fourteen centuries of war between Islam and the West, and the effect is similar to the shocked-awake effect of a plunge into cold water.

Not that I didn’t have a general acquaintance with the history, but one tends to forget the details, and the devil, as they say, is in the details. Ibrahim supplies plenty of those. Moreover, the details are so shocking that one is inclined to think that the devil was intimately involved in the centuries-long jihad against Christendom.

Indeed, that’s exactly what many Christians of those times did think. Muhammad and Islam were frequently referred to by popes and peasants alike as “demonic,” “diabolic,” and “satanic.” For their part, Muslims had a particular hatred of Christians. They considered the Christian belief in Christ’s divinity to be a great sin against Allah. Wherever Muslim armies went, they desecrated and destroyed churches, broke crosses and statues, and made a particular point of violating nuns and torturing priests and monks.

In short, the violent conflicts between Muslims and Christians were primarily religious wars, not, as many modern historians suggest, wars for resources or national interests. Some historians, it seems, are less interested in past events than in finding ways to fit those events into contemporary narratives. Their primary source is their own subjective “modern” outlook. By contrast, Ibrahim, who reads both Arabic and Greek, lets the Muslim and Christian witnesses to past events speak for themselves. Thus, when speaking of the Janissaries—Christian boys who were snatched from their parents and forced to become soldiers of Islam—Ibrahim, relying on centuries-old manuscripts, recounts the horror of the abductions, the abuse of the boys, and their transformation into Islamic true believers who were then turned loose against their former kin. By contrast, according to modern academics, the indoctrination of the Janissaries was “the equivalent of sending a child away for a prestigious education and training for a lucrative career.”

Despite the passage of more than a thousand years, the Muslim-Christian conflict was marked by certain constants. There is a remarkable continuity of belief and behavior—especially on the part of the Muslims.

One of the recurring themes is that of world conquest commanded by Allah. Muslims justified all of their wars and depredations during this immense stretch of history by referring to the Koran and to the words and deeds of Muhammad. Muslim leaders did not look upon their conquests as simply local affairs, but as stepping stones to… READ FULL ARTICLE — WELL WORTH IT!>>