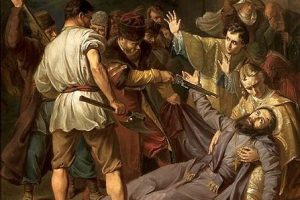 
5 Beloved, it is a loyal thing you do when you render any service to the brethren, especially to strangers, 6 who have testified to your love before the church. You will do well to send them on their journey as befits God’s service. 7 For they have set out for his sake and have accepted nothing from the heathen. 8 So we ought to support such men, that we may be fellow workers in the truth.


1 Praise the LORD. Blessed is the man who fears the LORD, who greatly delights in his commandments! 2 His descendants will be mighty in the land; the generation of the upright will be blessed. 3 Wealth and riches are in his house; and his righteousness endures for ever. 4 Light rises in the darkness for the upright; the LORD is gracious, merciful, and righteous. 5 It is well with the man who deals generously and lends, who conducts his affairs with justice. 6 For the righteous will never be moved; he will be remembered for ever.


1 And he told them a parable, to the effect that they ought always to pray and not lose heart. 2 He said, “In a certain city there was a judge who neither feared God nor regarded man; 3 and there was a widow in that city who kept coming to him and saying, `Vindicate me against my adversary.’ 4 For a while he refused; but afterward he said to himself, `Though I neither fear God nor regard man, 5 yet because this widow bothers me, I will vindicate her, or she will wear me out by her continual coming.'” 6 And the Lord said, “Hear what the unrighteous judge says. 7 And will not God vindicate his elect, who cry to him day and night? Will he delay long over them? 8 I tell you, he will vindicate them speedily. Nevertheless, when the Son of man comes, will he find faith on earth?”

Reflection for the day: “I am ready to die for the holy union, for the supremacy of Saint Peter and of his successor, the Supreme Pontiff.” — St. Josaphat 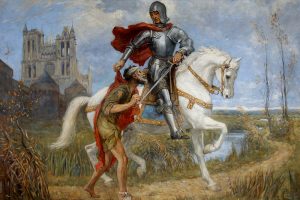