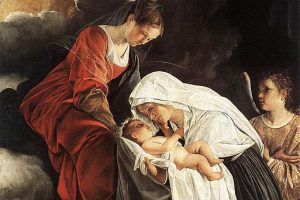 
1 Then the word of the LORD came to Jonah the second time, saying, 2 “Arise, go to Nin’eveh, that great city, and proclaim to it the message that I tell you.” 3 So Jonah arose and went to Nin’eveh, according to the word of the LORD. Now Nin’eveh was an exceedingly great city, three days’ journey in breadth. 4 Jonah began to go into the city, going a day’s journey. And he cried, “Yet forty days, and Nin’eveh shall be overthrown!” 5 And the people of Nin’eveh believed God; they proclaimed a fast, and put on sackcloth, from the greatest of them to the least of them. 6 Then tidings reached the king of Nin’eveh, and he arose from his throne, removed his robe, and covered himself with sackcloth, and sat in ashes. 7 And he made proclamation and published through Nin’eveh, “By the decree of the king and his nobles: Let neither man nor beast, herd nor flock, taste anything; let them not feed, or drink water, 8 but let man and beast be covered with sackcloth, and let them cry mightily to God; yea, let every one turn from his evil way and from the violence which is in his hands. 9 Who knows, God may yet repent and turn from his fierce anger, so that we perish not?” 10 When God saw what they did, how they turned from their evil way, God repented of the evil which he had said he would do to them; and he did not do it.


1 Have mercy on me, O God, according to thy steadfast love; according to thy abundant mercy blot out my transgressions. 2 Wash me thoroughly from my iniquity, and cleanse me from my sin! 10 Create in me a clean heart, O God, and put a new and right spirit within me. 11 Cast me not away from thy presence, and take not thy holy Spirit from me. 16 For thou hast no delight in sacrifice; were I to give a burnt offering, thou wouldst not be pleased. 17 The sacrifice acceptable to God is a broken spirit; a broken and contrite heart, O God, thou wilt not despise.

Reflection for the day: “It is most laudable in a married woman to be devout, but she must never forget that she is a housewife. And sometimes she must leave God at the altar to find Him in her housekeeping.” — St. Frances of Rome