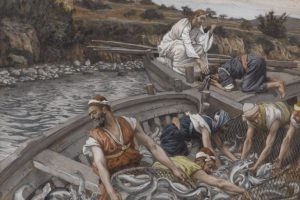 
9 And so, from the day we heard of it, we have not ceased to pray for you, asking that you may be filled with the knowledge of his will in all spiritual wisdom and understanding, 10 to lead a life worthy of the Lord, fully pleasing to him, bearing fruit in every good work and increasing in the knowledge of God. 11 May you be strengthened with all power, according to his glorious might, for all endurance and patience with joy, 12 giving thanks to the Father, who has qualified us to share in the inheritance of the saints in light. 13 He has delivered us from the dominion of darkness and transferred us to the kingdom of his beloved Son, 14 in whom we have redemption, the forgiveness of sins.


2 The LORD has made known his victory, he has revealed his vindication in the sight of the nations. 3 He has remembered his steadfast love and faithfulness to the house of Israel. All the ends of the earth have seen the victory of our God. 4 Make a joyful noise to the LORD, all the earth; break forth into joyous song and sing praises! 5 Sing praises to the LORD with the lyre, with the lyre and the sound of melody! 6 With trumpets and the sound of the horn make a joyful noise before the King, the LORD!

Reflection for the day: “The Emperor of heaven, the Lord of men and of angels, has sent you His epistles for your life’s advantage— and yet you neglect to read them eagerly. Study them, I beg you and meditate daily on the words of your Creator. Learn the heart of God in the words of God, that you may sigh more eagerly for things eternal, that your soul may be kindled with greater longings for heavenly joy.” — Pope St. Gregory the Great