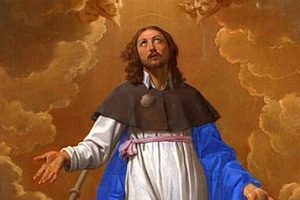 
42 A man came from Ba’al-shal’ishah, bringing the man of God bread of the first fruits, twenty loaves of barley, and fresh ears of grain in his sack. And Eli’sha said, “Give to the men, that they may eat.” 43 But his servant said, “How am I to set this before a hundred men?” So he repeated, “Give them to the men, that they may eat, for thus says the LORD, `They shall eat and have some left.'” 44 So he set it before them. And they ate, and had some left, according to the word of the LORD.


10 All thy works shall give thanks to thee, O LORD, and all thy saints shall bless thee! 11 They shall speak of the glory of thy kingdom, and tell of thy power, 15 The eyes of all look to thee, and thou givest them their food in due season. 16 Thou openest thy hand, thou satisfiest the desire of every living thing. 17 The LORD is just in all his ways, and kind in all his doings. 18 The LORD is near to all who call upon him, to all who call upon him in truth.


1 I therefore, a prisoner for the Lord, beg you to lead a life worthy of the calling to which you have been called, 2 with all lowliness and meekness, with patience, forbearing one another in love, 3 eager to maintain the unity of the Spirit in the bond of peace. 4 There is one body and one Spirit, just as you were called to the one hope that belongs to your call, 5 one Lord, one faith, one baptism, 6one God and Father of us all, who is above all and through all and in all.


1 After this Jesus went to the other side of the Sea of Galilee, which is the Sea of Tiber’i-as. 2 And a multitude followed him, because they saw the signs which he did on those who were diseased. 3 Jesus went up on the mountain, and there sat down with his disciples. 4 Now the Passover, the feast of the Jews, was at hand. 5 Lifting up his eyes, then, and seeing that a multitude was coming to him, Jesus said to Philip, “How are we to buy bread, so that these people may eat?” 6 This he said to test him, for he himself knew what he would do. 7 Philip answered him, “Two hundred denarii would not buy enough bread for each of them to get a little.” 8 One of his disciples, Andrew, Simon Peter’s brother, said to him, 9 “There is a lad here who has five barley loaves and two fish; but what are they among so many?” 10 Jesus said, “Make the people sit down.” Now there was much grass in the place; so the men sat down, in number about five thousand. 11 Jesus then took the loaves, and when he had given thanks, he distributed them to those who were seated; so also the fish, as much as they wanted. 12 And when they had eaten their fill, he told his disciples, “Gather up the fragments left over, that nothing may be lost.” 13 So they gathered them up and filled twelve baskets with fragments from the five barley loaves, left by those who had eaten. 14 When the people saw the sign which he had done, they said, “This is indeed the prophet who is to come into the world!” 15 Perceiving then that they were about to come and take him by force to make him king, Jesus withdrew again to the mountain by himself.

Reflection for the day: “A person who wishes to become the Lord’s disciple must repudiate a human obligation, however honourable it may appear, if it slows us, ever so slightly, in giving the wholehearted obedience we owe to God.” — St. Basil the Great