Tuesday of the 25th Week of Ordinary Time 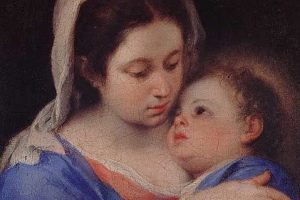 7 Let the work on this house of God alone; let the governor of the Jews and the elders of the Jews rebuild this house of God on its site. 8 Moreover I make a decree regarding what you shall do for these elders of the Jews for the rebuilding of this house of God; the cost is to be paid to these men in full and without delay from the royal revenue, the tribute of the province from Beyond the River. 12 May the God who has caused his name to dwell there overthrow any king or people that shall put forth a hand to alter this, or to destroy this house of God which is in Jerusalem. I Darius make a decree; let it be done with all diligence.” 14 And the elders of the Jews built and prospered, through the prophesying of Haggai the prophet and Zechari’ah the son of Iddo. They finished their building by command of the God of Israel and by decree of Cyrus and Darius and Ar-ta-xerx’es king of Persia; 15 and this house was finished on the third day of the month of Adar, in the sixth year of the reign of Darius the king. 16 And the people of Israel, the priests and the Levites, and the rest of the returned exiles, celebrated the dedication of this house of God with joy. 17 They offered at the dedication of this house of God one hundred bulls, two hundred rams, four hundred lambs, and as a sin offering for all Israel twelve he-goats, according to the number of the tribes of Israel. 18 And they set the priests in their divisions and the Levites in their courses, for the service of God at Jerusalem, as it is written in the book of Moses. 19 On the fourteenth day of the first month the returned exiles kept the passover. 20 For the priests and the Levites had purified themselves together; all of them were clean. So they killed the passover lamb for all the returned exiles, for their fellow priests, and for themselves.

1 I was glad when they said to me, “Let us go to the house of the LORD!” 2 Our feet have been standing within your gates, O Jerusalem! 3 Jerusalem, built as a city which is bound firmly together, 4 to which the tribes go up, the tribes of the LORD, as was decreed for Israel, to give thanks to the name of the LORD. 5 There thrones for judgment were set, the thrones of the house of David.

19 Then his mother and his brothers came to him, but they could not reach him for the crowd. 20 And he was told, “Your mother and your brothers are standing outside, desiring to see you.” 21 But he said to them, “My mother and my brothers are those who hear the word of God and do it.”

Reflection for the day: “We must fear God out of love, not love Him out of fear. ” — St.Francis de Sales