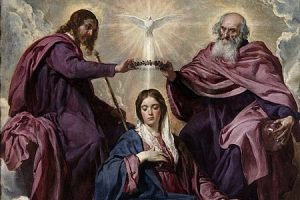 
4 Then the princes said to the king, “Let this man be put to death, for he is weakening the hands of the soldiers who are left in this city, and the hands of all the people, by speaking such words to them. For this man is not seeking the welfare of this people, but their harm.” 5 King Zedeki’ah said, “Behold, he is in your hands; for the king can do nothing against you.” 6 So they took Jeremiah and cast him into the cistern of Malchi’ah, the king’s son, which was in the court of the guard, letting Jeremiah down by ropes. And there was no water in the cistern, but only mire, and Jeremiah sank in the mire. 8 E’bed-mel’ech went from the king’s house and said to the king, 9 “My lord the king, these men have done evil in all that they did to Jeremiah the prophet by casting him into the cistern; and he will die there of hunger, for there is no bread left in the city.” 10 Then the king commanded E’bed-mel’ech, the Ethiopian, “Take three men with you from here, and lift Jeremiah the prophet out of the cistern before he dies.”


1 Therefore, since we are surrounded by so great a cloud of witnesses, let us also lay aside every weight, and sin which clings so closely, and let us run with perseverance the race that is set before us, 2 looking to Jesus the pioneer and perfecter of our faith, who for the joy that was set before him endured the cross, despising the shame, and is seated at the right hand of the throne of God. 3 Consider him who endured from sinners such hostility against himself, so that you may not grow weary or fainthearted. 4 In your struggle against sin you have not yet resisted to the point of shedding your blood.


1 I waited patiently for the LORD; he inclined to me and heard my cry. 2 He drew me up from the desolate pit, out of the miry bog, and set my feet upon a rock, making my steps secure. 3 He put a new song in my mouth, a song of praise to our God. Many will see and fear, and put their trust in the LORD. 17 As for me, I am poor and needy; but the Lord takes thought for me. Thou art my help and my deliverer; do not tarry, O my God!


49 “I came to cast fire upon the earth; and would that it were already kindled! 50 I have a baptism to be baptized with; and how I am constrained until it is accomplished! 51 Do you think that I have come to give peace on earth? No, I tell you, but rather division; 52 for henceforth in one house there will be five divided, three against two and two against three; 53 they will be divided, father against son and son against father, mother against daughter and daughter against her mother, mother-in-law against her daughter-in-law and daughter-in-law against her mother-in-law.”

Reflection for the day: “Let us run to Mary, and, as her little children, cast ourselves into her arms with a perfect confidence.” — Saint Francis de Sales