The last eight weeks have been amazingly unconventional! Nothing since March 2020 has been conventional. Covid-19 has turned everything upside down and made it topsy turvy.

From the ways we have operated—and had to pivot and re-think—our businesses, handled employee issues, been unable to visit in person with family and friends, endured deciding who and where to wear a mask, changing government mandates, children receiving education virtually—isolated from one another, and more. All unconventional. Then the question of what happens if and when someone in your own home comes down with Covid.

It is not surprising to see the rise of mental health problems in young men and women and the increased number of suicides.

My wife and I had Covid during this time, even though we were both vaccinated. Thanks to lots of prayer and the benefit of Regeneron, we both fully recovered.

How Societal Changes are Undoing the America We Know

Just about anywhere we look across America we will find people with big hearts to love one another and build strong community spirit.

However, over the last decade or so there have been significant changes occurring, some that have been in motion for a number of years and other changes which happen rapidly due to an unexpected event that takes the news of it skyrocketing over social media.

I have felt the impact from such events and I see what changes are happening, which include:

It is certain that these and other attacks on American culture and traditions—proclaiming as truth what is known to be false and repeating it so many times that it becomes believed to be true (a tactic taken from Sal Alinski’s Rules For Radicals)—are producing a young generation with very different attitudes and beliefs about the America we live in and what their future hopes and aspirations are or should be.

I wonder, Is there even a belief left with our young generation that there is an American Dream?

The Greatest Communicator: Without Religion There Is No Freedom and No Liberty

This alarming situation is very well expressed in the words of Archbishop Fulton Sheen, one of the greatest communicators of the last 50 years, when he said,

“The fact the enemies of God must face is that modern civilization has conquered the world, but in doing so has lost its soul. And in losing its soul it will lose the very world it gained… And as religion fades so will freedom; for only where the spirit of God is, is there liberty.”

I want for our grandchildren and future generations an America built on Judeo-Christian values that honors God; an America where there is true freedom and liberty.

An Inspiring First-hand Story: Hope Can Be Found in Uncertain Times:

I want to share something that happened to me that gives me HOPE.

One morning during the time that my wife Pat had Covid, I was walking our two black labs along our usual two-mile route in the west Austin hills.

As I passed one of the new homes under construction, a truck with sheetrock was being unloaded. I stopped and made conversation with the driver.

We seemed to quickly hit it off and I began to inquire of him how he was dealing with Covid and shortages of construction material, which led to me asking questions that took the truck driver back to his youth.

What a story he shared!

The driver of the construction truck, Michael, shared with me how he had lost his parents at age six and went to live with his grandmother who became the most important person in his life.

They were very poor.

His grandmother taught him to make his bed, pick up his clothes, pray to God, help her with the dishes, be respectful of other people, and work hard and do his best.

Then at age 16 his grandmother died and he was left on his own.

After completing his vacation that 20th year, he returned to work and was called in to his boss who asked him to sit down. His boss then told him, “You are no longer needed, and you are fired.”

In that sudden, shocking moment, this driver managed to quickly gather his thoughts and “thanked his boss for the 20 good years he had with the company.” He immediately collected his belongings from his locker and left for home.

Michael floundered for a few months during which time he had 24 interviews, with each one ending by telling him that he was overqualified and they could not use him.

One night when he could not sleep and he was sitting up in bed, his wife said to him, “do you know how long it’s been since we could spend time together and watch a movie late into the night?” 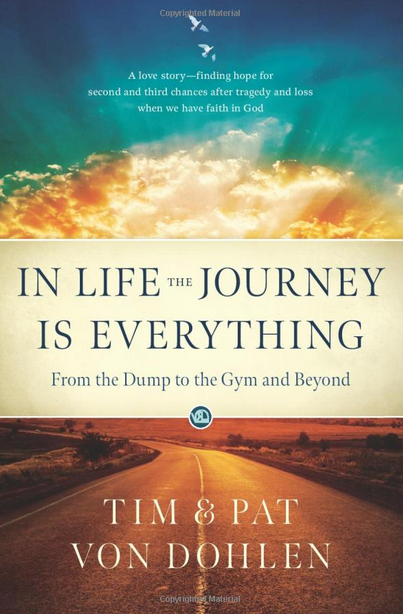 He told his wife not to worry, that with God’s help everything was going to be all right. Michael decided he would buy his own truck and go into the trucking business for himself. He got the financing for the truck and slowly built business to where he needed a second truck, then a third truck, and finally a fourth truck that he now owns.

The Importance of “Just Showing up”

What helped this inspiring trucker and business owner to find success?

Michael shared about a motivational seminar he attended as he started his own business and how he remembers one thing in particular that was said, “success begins by showing up.”

He said he learned the importance of just showing up—unlike the young worker he had recently hired who had not shown up the morning we were randomly talking on the sidewalk. No call or anything, his young employee just did not show up.

The trucking business owner went on to tell me that those little things that his grandmother taught him have really paid off for him, and that he is so thankful to be an American. His full name is Michael Mendoza.

I thanked Michael for telling me his story and I asked if I could share it with others and he said yes.

Michael Mendoza convinced me that he is a perfect example of the American Dream!

Each of Us Who Has Been Blessed Should Speak Up

This is the time when all the other Michael Mendoza’s should speak out and tell the complainers how lucky they feel to be an American and live their dream!