It’s sometimes said Pope St. John Paul II was the most intellectually gifted occupant of the See of Peter ever, but inasmuch as the line of popes stretches back two millennia and includes some known to history only by their names, there is no realistic way of verifying that.

What is certain, though, is that Karol Wojtyla was an original thinker who made important and lasting contributions to the Catholic intellectual tradition.

Partly his intellectual stature reflects the time he spent in the 1950s and 1960s as a member of the philosophy faculty at Poland’s University of Lublin – an era when, one commentator remarks, the Lublin philosophers were considered to be “among the most creative anywhere.”

And in part it reflects not just the remarkable volume of his output as pope – 14 encyclicals as well as literally hundreds of other important documents – but also its highly original contents. One thinks, for instance, of the Wednesday audience addresses in which he set out a new, much discussed “theology of the body” as well as the many expositions of his distinctive personalism. 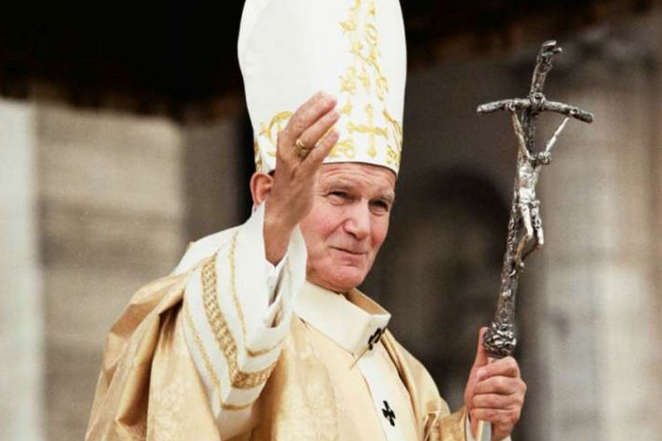 Born in 1920 and elected pope 43 years ago this month, John Paul died in 2005 and was canonized in 2014. Perpetuating and propagating his heritage while situating it in the indispensable context of Polish history and culture are the twofold mission of a new project – the Saint John Paul II Institute at Houston’s University of St. Thomas.

The Houston program (which is not related to the John Paul II Institute for Studies of Marriage and Family in Washington, D.C.) takes its inspiration from something John Paul said: “I am the son of a nation which its neighbors have condemned to death several times but which has survived and remained itself. It has kept its identity in spite of partitions and foreign occupations by relying on its culture.”

“The story of Poland and the story of St. John Paul II are deeply intertwined – to pursue one is to discover the other,” says institute director Dr. John Hittinger. A veteran philosophy professor, Hittinger has lectured and published extensively on the thought of John Paul II. The institute’s assistant director is Dr. Piotr Przybylski, a Krakow native who is first vice president of the Polish-American Council of Texas.

Now in its third year, the Saint John Paul II Institute houses two distinct but related areas of study – one covering the thought of John Paul II, the other devoted to Polish studies. The “flagship” of the John Paul studies is an online MA program – 35 students now enrolled – and also includes a certificate program. Both areas of study offer undergraduate minors as well.

Speaking to a meeting of the institute’s newly established advisory board (disclosure: I am a member), University of St. Thomas president Richard Ludwick called John Paul II’s life and work “one of the greatest stories that we could ever tell.”

The institute’s goals are indeed praiseworthy as well as ambitious. But it has its work cut out. In 1998, near the end of Fides et Ratio (Faith and Reason), which some regard as his greatest encyclical, John Paul said a fundamental result of the “collapse of rationalist optimism” in the face of the 20th century’s “terrible experience of evil” was that “one of our greatest threats is the temptation to despair.”

The Polish Pope’s life and work stands as a bulwark against that temptation. The Saint John Paul II Institute aims to do its part to ensure that his powerful words and deeds continue to resonate.