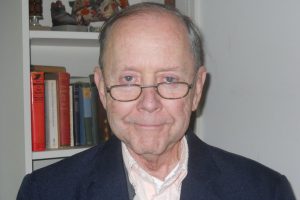 The Laity and The Crisis

Can a one-day conference at a university breathe life into a cause that lately appears to have stalled: involving the Catholic laity in ending the crisis of authority and trust afflicting the Church in the wake of the sex abuse scandal? If not, here’s hoping that at least it points a way out of the present impasse.

The February 6 session on this topic at the Catholic University of America brings together Cardinal Daniel DiNardo of Galveston-Houston, president of the U.S. bishops’ conference, university president John Garvey, theologian Christopher Ruddy, and others. I wish them well. Although there’s already been plenty of talk about involving the laity in addressing the crisis, steps toward actually doing that have lagged so far.

Example: last November, as the American bishops meeting in Baltimore were preparing to tackle a proposal for a lay commission to handle complaints about bishops, the vote was sidetracked by order of the Pope. Rome’s explanation was that it was better to wait for results of a late February meeting of bishops whom Francis has summoned to meet and discuss the abuse scandal. And then – who can say? Meanwhile the idea of involving the laity in holding erring bishops accountable is on hold.

This pattern of talk without action is hardly new. On the contrary, the question of the laity and their place in the Church has for a long time existed in a larger ecclesial context involving issues of authority and the distribution of responsibility. These matters, already pressing, are destined to become still more urgent as the shortage of priests gets worse.

As things stand, when it comes to decision-making, the laity are routinely excluded from even a consultative role. I recall an exchange I had with a bishop – a very good one, in fact – regarding consultation with lay people. Yes, he agreed, it’s a good thing, but it takes too long. His point was that the laity don’t know much about ecclesiastical issues and processes, and bringing them up to speed impedes decisions. But that’s a self-fulfilling criticism. Indeed, Church leaders might be surprised at what fast learners lay people can be if given the chance.

From a historical perspective, the situation of the laity in the United States has roots in the struggle over lay trusteeism that saw rebellious lay people hiring and firing pastors and running their own parishes. The resulting contest between bishops and trustees dragged on for the better part of the 19th century. The bishops won, but the price of victory was a passive, silent laity.

Today, of course, the Church is in a new era fraught with new problems – and also with heightened need for the involvement of lay people. That need is screamingly obvious in the case of the sex abuse scandal. And it extends not only to immediate problem-solving but also to the building and sustaining of the sense of communion in the Church.

Almost 160 years have passed since John Henry Newman stirred up a hornet’s nest with his essay “On Consulting the Faithful in Matters of Doctrine.” After describing how bishops wavered while lay people stood strong in the faith in the face of the Arian heresy of the 4th century, he added that the Church is in a happier situation when it involves its lay members than when it keeps them at arm’s length, “which in the educated classes will terminate in indifference and in the poorer in superstition.”

Newman was right. But that has yet to sink in.

Russell Shaw is the author of more than 20 books, including three novels and volumes on ethics and moral theology, the Catholic laity, clericalism, the abuse of secrecy in the Church, and other topics. He has also published thousands of articles in periodicals, among them The Wall Street Journal, The Washington Times, L’Osservatore Romano, America, Crisis, Catholic World Report, The National Catholic Reporter, and many others. From 1967-1987 he served as communications director for the U.S. Catholic bishops and from 1987-1997 was information director for the Knights of Columbus. He lives in Washington, D.C.