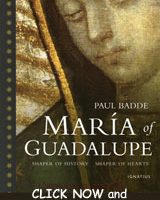 The Bomb in the Basilica

On the morning of November 14, 1921, just outside of Mexico City, a young man by the name of Luciano Perez Carpio entered one of the most important and sacred churches in the world bearing a bouquet of flowers.  This was the Basilica of Our Lady of Guadalupe, the shrine on Tepeyac Hill to which millions of Mexican faithful had flocked since the sixteenth century to see the country’s greatest miracle—when the Mother of God had appeared to a poor farmer named Juan Diego and emblazoned on his coarse poncho her image—cloaked in turqoiuse, bathed in fire.  Despite being made of feeble cactus fibers, the very tilma Juan Diego had worn remained as luminous as ever centuries after it should have decayed to nothing.  And there the picture of Our Lady stood in front of Luciano.  He placed the flowers several feet before the image, genuflected, and walked away.

And then the bouquet exploded.

A blast interrupted the morning with deafening, savage power.  Around the image, windows burst, vases crumbled, and the church’s marble altar was completely destroyed.  A large bronze cross nearby was bent 20 degrees.  Buildings hundreds of yards away had their glass windows shatter.  Then, as the clouds of dust slowly dissipated, and the air in the basilica began to thin out, all eyes turned toward the treasure of Mexico with horrible anticipation and terror.

In the days before my girlfriend and I graduated from the same college in the spring of 2006, she heard some wonderful news.  She had been awarded a Fulbright fellowship to study in Mexico for a year…on Uncle Sam’s dime, no less.   She was elated, and I was happy for her.

I say I was happy, which is partially true.  But perhaps “terrified” is the more accurate word.  She would be living in a foreign country.  She would be traveling long hours—bus rides with strangers at midnight on curving roads in obscure villages.  She would be walking in neighborhoods she did not know and taking unfamiliar subways.  Of course, she was sure to make friends and grow accustomed, and she would take whatever precautions she could.  But the reality was that she’d be spending much of her time alone.

I went down to Mexico to help her find an apartment the first few days, which passed quickly, and soon I had to leave.  Then came a moment I will never forget.  I watched her smile to me, tears in both our eyes, as she stood on a curb in northern Mexico City and I waved back from the inside of a green taxi on my way to the airport.   She was trying to be strong—she was so strong—and yet I felt so powerless as I watched her grow smaller and then out of sight, Day One of her solo adventure in Mexico.   The cab moved along and I saw Mexico City unfold before me, dust and neon and taco carts and wooden signs and palms and eagle flags and asphalt and she was gone.

Around this time, I remembered something I had seen years before whenever I went to morning Mass with my parents near our home in southern California (maybe a few times a year).  In our parish, there was a gentleman who had the same routine every day.  Dressed in fine slacks and a blazer, and with smooth gelled hair, he would come to Mass, receive Communion, and then turn to the right and plant himself in front of the side altar and stand at the foot of a statue of the Blessed Mother.  He would touch her cloak or feet, mutter some prayer to her in Spanish, and walk out of the church minutes later on his way to work.   There was a beautiful ordinariness to it, such a childlike loyalty and passion.  It was as if nothing else in the world mattered when he was in front of Mary.

What was his story?  I often wondered.  One day I learned that, years before, he had been a successful businessman in Mexico, when suddently he, his wife, and family had become the target of violence.    Their lives in danger, they fled their native country and escaped to the U.S., where they settled.  From that day forward, he credited Our Lady of Guadalupe, the Queen of the Americas, the Flower of Mexico, each morning.  For her intercession, for protecting him and his family in their time of great distress.

Protection.  That’s what La Virgen offered her people.  She said so herself to Juan Diego in 1531, when he was fearing the worst for an uncle of his whose health was deteriorating quickly. As he ran to get help for his ailing uncle, she spoke to him:

Am I not here, I, who am your mother?  Are you not under my shadow and protection?  Are you not in the hollow of my mantle, the crossing of my arms?  Am I not the source of all your joy?  What more do you need?  Let nothing else worry you, disturb you.

I remembered all of this—the story of Our Lady, the man from church.  But that didn’t stop me from worrying about my girlfriend.  When she would be out of contact for weeks on end, horrifying thoughts crept into my mind like cockroaches.  You may never hear from her again she’s all alone this Mexico you know is a dangerous place very very dangerous and the violence is everywhere there’s nothing you can do bad things happen what if…

It was exhausting.  So exhausting, in fact, that I eventually realized I needed somebody else to do the worrying for me, somebody far greater than I.  Why couldn’t I ask La Virgen?  I wasn’t Mexican, but who said you had to be?  Pope John Paul II called her the “Mother of the Americas.”  Heck, I was an American.  And my girlfriend was in Mexico.  Plus, I had grown up knowing the story; each year, on the morning of her feast day in December, my parents would wake up my siblings and me before sunrise (we groaned) and serve us homemade scones (we did not groan) to celebrate Las Mañanitas—the “little morning,” or early hours when she first appeared to Juan Diego.  It was settled: Our Lady of Guadalupe could worry about my girlfriend now.  Like Juan Diego, my girlfriend could be under her shadow and protection.

So I bought a little prayer card of La Virgen and put it in my wallet.  My girlfriend did the same.  And for her entire year down in Mexico, whenever the doubts or anxieties crawled back in, I called the exterminator.  I looked at my wallet, or up to the sky, and asked the Blessed Mother to vanquish my fears.  To wrap my family and my girlfriend in the hollow of her mantle.

Often when people think of Mary they think of a woman peaceful and gentle, which is undoubtedly true.  But in emphasizing those qualities, it’s easy to disregard another quality of hers that characterizes any true mother: fierceness.  An intense, radiating selflessness toward her children.  A willingness to protect them without regard to herself.  A defender, an advocate.  A mama bear in front of her cubs, staring the wolves square in the eyes.

The Fulbright year passed, and—as boring as this sounds—nothing incredible happened.  There were no scintillating stories.  My girlfriend never escaped an attempted kidnapping or got held up at gunpoint, and her bus never toppled over on a deserted mountain road.  All I know is that her year in Mexico came and went…and she came home safely.  It ended up being one of the most enriching and fulfilling experiences of her life, characterized by good friends, delectable food, and eye-opening research.  I had the opportunity to visit several times, and even made it to the basilica to see Juan Diego’s tilma up close.   And for all of it I credit Our Lady of Guadalupe.

My girlfriend and I were married less than two years later.  At our rehearsal dinner my mother gave each guest a handmade icon of La Virgen.  I still have the prayer card in my wallet.  Last April we welcomed a daughter, and both of us pray to Our Lady of Guadalupe for her safety and that of our family every day, in a world that can be frightening.

And always, if we listen, there is a voice:  Are you not in the hollow of my mantle?

Protection.  That’s what Our Lady of Guadalupe gives us, the same thing she gave to the gentleman from my parish: protection from harm, physical and spiritual.  Protection from temptation.  Protection from anxiety.  And while I don’t think this means we will be impervious to all pain and suffering throughout our lives, there’s something deeply consoling about knowing you have a mother who will shield you from suffering when God wills it and be there right at your side if you must endure it.  A mother whom Christ himself gave to us as a gift.  And what a perfect gift: When you’re a child, where’s the first place you run when you’re scared?  You run to mommy.

Luciano Perez Carpio entered the Basilica of Our Lady of Guadalupe in 1921 as an intruder.  He wanted to take one of the most beautiful symbols of Our Lady—a flower—and use it to destroy the church and blast all the hope and faith out of it.  This is who you are on your knees for? He seemed to say. This is your mother? And just as he crept into the basilica with a pack of dynamite, so too do anxieties creep into our minds as intruders, seeking to blow them to pieces.

The message of Our Lady of Guadalupe, then, is that no blast—no temptation, no worry, no evil lurking—is strong enough to harm those in the hollow of her mantle, in the folding of her arms.

But the image of La Nuestra Senora de Guadalupe, moments after the bouquet of dynamite had exploded underneath, was as pure and unscathed as the Blessed Virgin herself.  The glass casing in which the tilma hung was perfectly intact.  And no one in the church was harmed.  To this day, there is no scientific explanation for its preservation.

That day, she stood there with the same peaceful expression she always had, a look of love so enduring and fiery it could melt a stone.  La Virgen stood there that cold November morning, full of grace, defiant of death, and looked at her children as if to say,

Am I not here?

Ricky McRoskey writes for a New York-based financial firm.  An alumnus of Notre Dame and the Columbia Graduate School of Journalism, he has written for Catholic Business Journal, Business Week, Notre Dame Magazine, the Saint Austin Review, and the San Diego Daily Transcript.  He now lives in Norwalk, Connecticut with his wife and children.