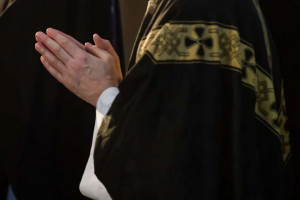 One YES….made all the difference

The last thing I expected — not even remotely on the radar — was a text I received on Saturday morning around 10am that a friend had been put on palliative care to manage her pain.

Her eldest son was on his way in from Boston to California, to join his brother and family keeping vigil at their mom’s hospital bedside. The text also noted this friend remained positive and with the little strength she had was speaking of the future.

Yes I knew this friend had cancer. Just a few months ago she’d been given a tough but very positive prognosis. She never had anything but a strong go-forward, positive attitude. She felt she had good doctors and a good natural complementary regime.  It was early on in the fight. Things seemed to be going in a good direction.

This is a person who is FULL OF LIFE, positive, energetic, loves friends, works hard and takes good care of herself.

As you can imagine, the morning text was jolting news.

Another friend responded that we all make a private prayer at Noon, with a Rosary or Memorare or Angelus.  We did.

Yet all I could think of was what I’d want at this moment: A Priest!

All I can think of is that you don’t necessarily get a second chance.

Maybe you’ve been in this situation. I seem to have found myself in this position increasingly over the past 10 years:  Knowing with inner clarity what to do and what the extremely ill person would want–namely a priest, the opportunity for confession and Last Rites/Annointing of the Sick — and yet not wanting to offend or impose that clarity on a family member who either may not think of it in their own private shock or who may not think of it because it’s not part of their life.

In every case so far, I can’t shake the finality of the situation and the inner strength of the conviction, so I pray for the right words, for a respectful approach and for open reception on the part of the family member. … perhaps voicing wonder if they knew that every hospital has access to a Catholic Chaplain, and how I’ve seen how the Annointing of the Sick can gave such comfort, as it did for my mom or … whatever approach God puts on my heart…. attempting to deliver in a calm, thoughtful voice tone, respectful of their views.

It is not comfortable for me AT ALL.  But so far, so good.  Sometimes I won’t know what happens till much later.  People always have been grateful and the extremely ill person has received a priest’s Sacramental blessing — that’s all HIS doing!

Yesterday, that same inner struggle yielded quickly to action.  After all, my friend and her family were Catholic but they would likely be trying to wrap their heads around what was happening.

In Saturday’s situation, my friend was in a hospital three hours away from her home.  Her family was there, but they’d not have known the area.  I’d attended college in the area and still had many close friends there…

And called and called…

Left short messages.  encountered one bad number…no one was home. No one answered.  Finally had the sense to call the hospital chaplain and left a short message… In all those calls, only one lone friend picked up the phone, but she wasn’t sure she could be of any help.  Then she got a glimmer of an idea and told me she’d check with someone and call back.  OK.. back to the phones.   About 30 minutes later, that one friend recommended the priests at one parish.  I called and left a message on their “if it’s an emergency…” line, but let them know I wasn’t sure if it was an emergency, but here’s the name, hospital and my phone number.”

I’d run out of options.  I knew God had a better plan than I did. It was in his hands.

Near evening, the pastor from the last parish I’d phoned called me back and said these wonderful words: “Hi, this is Fr. XX and I want you to know I received your message and I WILL GO.”

Kinder words could not be spoken at that moment!

Tears welled up.  God had chosen just the right priest for my friend and her family.

This priest asked me a few questions, then repeated “I will go there.”  Apparently he is often at that hospital.  Whenever he is asked, he goes.

Twenty minutes later, the hospital chaplain phoned me back, saying that he didn’t know how he had missed my earlier call and though he is not Catholic, he could recommend someone. When I mentioned the priest’s name who had just answered my call, the chaplain on the other end of the line broke into a huge smile.

“Oh, we work together all the time,” the chaplain said. “He’s great! IF he said he’ll be there, he will be there.”

That was yesterday evening.

I don’t know what actually happened.  But I do know God took care of it and I am absolutely inspired by the one priest who did not hesitate to say “YES.”  I even hand-wrote him a thank you note.

This evening—less than 24 hours later—our friend’s son sent word that his mom is no longer awake and meds are being given so that she passes without pain. He asked for prayers for his mom.

Devastating news.  I am shattered.  We are all shattered.

There are no words.

Yet at least —at the very least— I am so grateful that ONE PRIEST SAID YES he would be there yesterday.

It makes me reflect —

Thank you God for Lent starting this coming (Ash) Wednesday! I just read somewhere that any priest will tell you that many souls are converted or come back to their Faith during Lent. I believe it! Let’s DO it, with His help!

And please, please be with my friend and her family.