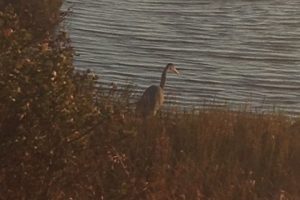 Media Dust, Ethics, and Truth in a pandemic

A frivolous amount of media dust has arisen regarding a proper name for the virus turned pandemic. Some say it’s wrong if the name offends anyone. Others callout leaders for not being politically correct in the name they use.

But there’s no ethical merit in naming a thing according to whether or not it offends. Nor is there merit in naming a thing with an eye to politically “sticking it’ to an opponent. It is infinitely more truthful, useful and, I dare say, ethical, to name a thing for as close as humanly possible to what we know it to be at the time it is discovered.

It simply is what it is, or at least what we know it to be at the time of discovery.

In the case of the now-pandemic virus wrecking havoc on people of every country, tribe, nationality, color, religion, age, sex and sexual orientation, the name that is most accurately used is COVID-19, a novel coronavirus that originated in the city of Wuhan, the sprawling capital of Central China’s Hubei province, in communist China.

To refer to it as the Chinese flu or the Wuhan flu seems equally valid and truthful since the only thing anyone outside China knew at the time of its discovery was its origin and the early havoc it was causing in China.

What a tiresome waste of time to muck about adjusting names and loudly protesting for one reason or another just to be “politically correct.”

As if politically correct were any measure of civility and concern. It is not.

As David Marcus, The Federalist‘s New York Editor, puts it: “Whatever one calls it for whatever reasons, the virus wracking the world is a product of China. The negligence of the Chinese government helped create it, and their cover-up sped the spread of what is now a global pandemic. The immediate question here is not how do we change our entire relationship to the planet, it is how do we make China start acting responsibly.”

This point is especially significant in light of Upstream, the book reviewed by Thomas M.Loarie recently, which reveals the extent to which scientists and others researched previous pandemics and developed a model to efficiently minimize or prevent a future pandemic, and why China’s early and ongoing attempts to hide the truth rendered this model ineffective in the case of COVID-19.

In truth, those same megaphone voices who amplify these naming “concerns” could be more useful to humankind if they focused on a more pressing issue such as finding much needed protective gear—face masks, gloves, gowns and more—for the courageous medical personnel who are waging battle against this virulent virus on the front lines of hospital and triage locations.

Those complaining about the name of the virus could likewise turn their attention (and pens) to the self-absorbed abortion industry which, without a care in the world, continues to use abundant medical protective gear to do its non-essential surgical business, namely, elective abortions.

Yet again, these voices could draw mainstream media attention to the insistence of Congresswoman Nancy Pelosi, a self-professed “Catholic,” who, with Congressman Schumer and other pro-abort voices, have unraveled an already porky bipartisan relief bill and added more than 200 pages more pork to the original bill —  more than 200 additional pages! — that includes special provision for Planned Parenthood abortion mills so that they can claim financial loss on their abortion-providing-and-selling-of-baby-parts revenue. [Ultimately, they lost that battle.]

Any genuinely ethical person, including elected officials, would agree to the absurdity here.

Put politics and grand-standing aside. Stick to the need at hand.

Do what is needed and what is affordable, and for heaven’s sake (and ours too) keep it simple and to the point. No more shenanigans, even if it IS an election year!

And please remember, legislative representatives, whatever “stimulus” is signed into law to solve an immediate emergency also comes with lifelong interest payments that will come out of our taxpayer pockets to repay. Just sayin’.

Ultimately ethics in business does matter, even if the business at hand is legislation or the naming of things.