My Opinion, Truth, Passivity and Your Vote…. POWERFUL!

In the Word for Today it references the book War on the Saints, where Jessie Penn-Lewis writes:

“The chief condition…for the working of evil spirits in human beings is PASSIVITY….Stay alert! Watch out for your great enemy, the devil. He prowls around like a roaring lion, looking for someone to devour.” (1 Pe 5:8)

Have you ever seen a hungry lion devour its prey? That is a picture of what Satan is out to do to you and me! Satan will use things such as pleasure, power, pressures, possessions, passions and people to “devour” us.

St. Paul tells us to be on guard, “so that we might not be taken advantage of by Satan, for we are not unaware of his purposes.” (2 Co 2:11)

How can you defend yourself? Neil Anderson says, “Our defense against direct attacks by the evil one is to speak God’s truth.”

Why speak aloud to Satan? Because God knows the thoughts and intents of your heart – Satan doesn’t. When you’re in Satan’s crosshairs, remember James 4:7: “Submit yourselves therefore to God. Resist the devil and he will flee from you.”

Passivity, “Group Think”: Subtle habits that undermine clarity in the light of truth

Passivity is what I see and believe is occurring across America, particularly in the adolescents and many people under age 30.

It is understandable that women and men (moreover men) are distracted by the activities of daily life – finding the right college and finding the right job while dealing with the strange pressures placed on people during this time. Plus, government is becoming increasingly involved in a person’s important decisions, societal forces pushing American youth to not worry about such things as whether or not one is married to the person with whom he or she is sleeping, and the media so often repeats—in words, stories and images—that by no means is a belief in God necessary any longer.  (of course, we all know that saying it’s so doesn’t make it so!)

That said, with these kinds of constant pressures on our youth, no wonder many people 30 and under are not concerned about politics or the next election – passivity!

But that is another lie the Master Deceiver (Satan) wants us to believe.

This 2022 mid-term election on November 8 will have significant consequences for Texas and the United States.


If Texas were to become a state with Democrat leadership, Texas would no longer be the stop gap to progressive ideology, Marxism, in America. And, more of the Red States could fall to progressivism.

As the talented Texas State Senator Donna Campbell, M.D., likes to say, “There is not another Texas to go to!”

We need to look at this matter of “Truth.”

What is truth? The apostle John tells us speaking of Jesus in Jn 17:17 “Your word is TRUTH. Consecrate them in the truth.”

Despite human weakness—even severe human weakness and deception in leaders, the truth will continue to known and followed… but it will be harder to do so.. It will require more effort on our part.

I wrote some robust articles over the past few years—each article is linked below for your convenience—in order to better understand the details of my vantage point and perspective. Many have told me they found these to be thought-provoking and helpful in enabling them to focus on what was most important in making their election choices. Hopefully you will also find them useful:

Truth and Passivity – and Useful voting resources for Catholics


Here I focus on TRUTH and PASSIVITY by asking salient questions to help readers develop an informed conscience; in order to decide how to vote based on the most fundamental of truths and the teachings of Jesus Christ. 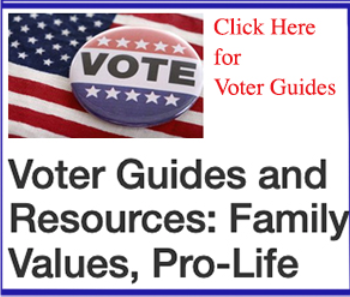 The first and most important question as a Christian is: Am I putting my soul at risk of losing eternal salvation by the way I vote in an election?
The following is information helpful to answer this question.

The Church insists on the existence of objective moral norms which are valid for everyone. Some in our culture see this as unjust and opposed to basic human rights. Moral relativism promotes that there are no absolute truths – none from God and none from the Ten Commandments. Moral relativism promotes ‘if it feels good, do it.’  Not at all the same as recognizing that we are made by a loving Creator who knows and guides us to strive to, literally, our best selves. Hence the irrefutable existence of objective moral norms.

Catholics must understand that if they fail to form their consciences in the light of the truths of the faith and moral teachings of the Church, they can make erroneous judgments (Faithful Citizenship, pg. 10).

So, YES – you can put your eternal soul at risk by how you vote!!!

Vote on principles, not political party.

Pay attention to the “party platform.”


Principle matters more than political party!  To know where a party stands on an issue, I must look at the Party Platform.

When a review of the Party Platform shows specific support for planks that are in direct opposition to the teaching of the Church and Jesus, particularly on matters that are non-negotiable, then if I vote for that candidate, I have committed a mortal sin.

The non-negotiables that cannot be supported under any circumstance are – abortion, human cloning, destructive research on human embryos, euthanasia, assisted suicide and other acts that directly violate the sanctity of and dignity of human life.

For myself, I will not take that risk.

We now know what TRUTH is and how to find it!

If we have been blinded by PASSIVITY, I pray that Jesus will guide us to take action to vote for candidates who are committed to following Jesus’ truths.

If you live in Texas…

Each statewide, county, or city elective position is important. But the three most important to Texas are Governor, Lt. Governor, and Attorney General. I have studied the candidates in these three races, and I have made my decision as to whom I will vote.

I respectfully ask that, if you live and vote in Texas, you join me in voting for each of them. With their re-election, Texas can continue to be a guiding light for its residents and the good of America!

About the Author of this article

The reader needs to know a few things about the author of this article.

PRAYER BEFORE AN ELECTION

Lord God, as the election approaches,
We seek to better understand the issues and concerns that confront our city/state/country,
And how the Gospel compels us to respond as faithful citizens in our community.

We ask for eyes that are free from blindness
So that we might see each other as brothers and sisters,
One and equal in dignity,
Especially those who are victims of abuse and violence, deceit, and poverty.

We ask for ears that will hear the cries of children unborn and those abandoned,
Men and women oppressed because of race or creed, religion, or gender.
We ask for minds and hearts that are open to hearing the voice of leaders who will bring us
Closer to your Kingdom.

We pray for discernment
So that we may choose leaders who hear your Word,
Live your love,
And keep in the ways of your truth
As they follow in the steps of Jesus and his Apostles
And guide us to your Kingdom of justice and peace.

We ask this in the name of your Son Jesus Christ and through the power of the Holy Spirit.
Amen.