BOOK REVIEW: Combat Fighter Pilot Shares His Brush with Death and His New Mission in Life

A review of ICARUS 2.0—Lt. Col. Peter Smith USAF (Ret) is one of the very few combat pilots to survive an ejection over 400 mph. ICARUS 2.0 is his story of survival and a checklist of learnings that can be used by all when facing uncertainty. 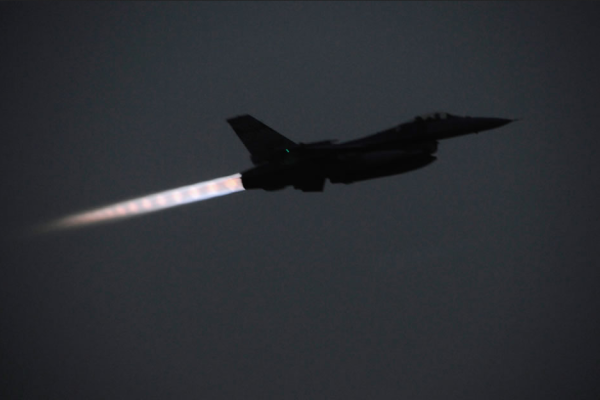 While passing through thin clouds that night, however, Smith lost visual contact with the horizon and found himself not knowing where he was… while traveling 700 miles per hour.

He found his plane in a “death spiral” and was unable to orient his F-16 for a safe return to Homestead Air Force (AF) base in Florida. With skill and training, he did not let the situation and certain death unsettle him.

Smith found a way to slow his plane down to 400 miles per hour as it passed through 1000 ft and to eject with less than 9 seconds to survive. The plane plunged into the sea and though injured, he safely landed in the warm waters of the Gulf and deployed his life raft and safety beacon.

Within two hours, a U.S. Navy helicopter from Key West was able to hoist him out of the shark invested waters to safety, but not before coming close to hitting old gun range towers that littered 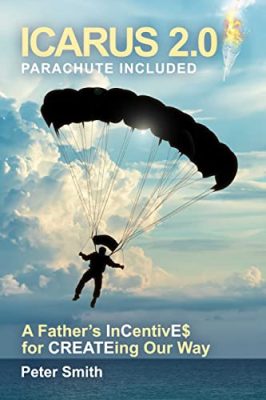 the area. (They have since been removed.)

Immediately after his accident, Smith put pen to paper to ensure that the lessons he learned about guidance and course correction could be a guide not only for other pilots but for his children and others as they navigate the unexpected that come with the uncertai

nties and challenges of life.

In ICARUS 2.0, Smith tells the story of his training; his fateful, but not deadly, crash of his F-16, his rescue, and lessons learned. The latter which can serve as a guide to all of us as we face unfathomable circumstances.

Lt Col Smith retired from the Air Force after 28 years of service with over 100 combat missions in the skies over Iraq and Afghanistan. He continues his flying today as a Captain for Jet Blue Airways. He is married with four children and lives in Wellington, Florida.

His new mission in life is providing parents and educators more mentoring resources for healthfully empowering students in developing post high school game plans aligning their ‘who’ with a ‘what’ rooted in lessons learned from ejecting in the red zone.

Smith shared his story with the listeners of THE MENTORS RADIO Show,  (TheMentorsRadio.com), which is broadcast worldwide on the Salem Network, iHeart Radio and Tune-In R

adio. It is now available by podcast on all podcast platforms or at the show’s website. Keywords for a search on the internet are The Mentors Radio Peter Smith.

Catholic Business Journal is sponsored in part by: