At this time of year, in the weeks before Christmas, our house is usually bustling with activity as we move decorations from their basement storage to places of prominence on the main floor.  My personal favorites are the nativity scenes.  You might accuse us of being “crèche obsessed” as we have one in the front hall, one on the living room mantel, one in the sunroom, and even a small one with the Holy Family depicted as snowmen (I know, it’s pretty kitschy) that kind of ends up wherever there might be room. 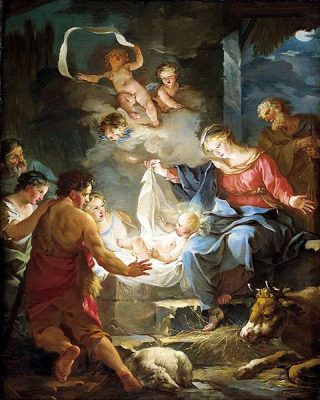 The abundant creches force me to consider the assorted Marys, Josephs, wisemen, shepherds, angels, and animals as they gaze at the empty cribs in their midst.  On Christmas day, of course, they will be looking at baby Jesus who has just made his wondrous appearance.  But now, with the crib empty, it seems that they are longing for the arrival of the Savior Who will lead humankind out of sin and darkness.

And so, it is with a sense of sadness that I contemplate the absence of this scene today from many of America’s town squares.  Oddly, this absence is being brought about by the complaints of those who claim to speak for “tolerance” and for “inclusiveness”.  Have they forgotten, or never known, that Jesus is the embodiment of love?  That it is He who “tolerated” the Roman occupation of Israel rather than leading an armed revolt as so many wished Him to do at that time?  Or that it was He who included Samaritans, prostitutes, and tax collectors in his circle of friends?

Do they know or care that Jesus said that the second greatest commandment is to love your neighbor as yourself?  Imagine, in this divided country, if those of different opinions lived by that rule.  What a difference to our national discourse that would make! I venture to guess that a lot of the ills still prevalent in our wonderful country would greatly diminish, if not vanish outright, were all of us to attempt to abide by that command.

So, this Christmas, let’s remember the empty crib and Who it is we’re waiting for. Let’s allow the Prince of Peace to rule our hearts and mend our souls.

Thomas "Tom" Carroll, CFA, is the president of Catholic Investment Strategies, a position in which he has passionately enjoyed serving since 2012. Prior to this position,... MORE » 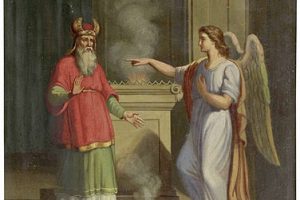 Monday of the 4th Week of Advent
Daily Mass Readings »