The Napa Catholic Conference last month included a presentation on very practical ways to defend the Church’s moral teachings in a world that too often just doesn’t hear the truth.

With all due respect to Father Spitzer, he probably should have added a fifth disturbing fact, which is that far too many priests do not preach on these moral issues, failing to properly form the consciences of young Catholics over the past couple of generations. 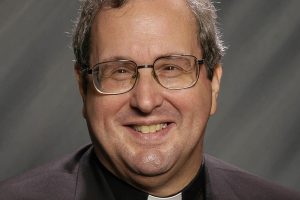 Father Spitzer offered a detailed “fact sheet” that can be obtained from his office at the Magis Center (magiscenter.com.) Some of the “lifestyles” he talked about, and their health consequences, included homosexuality, transgenderism, premarital sex and cohabitation, pornography, artificial birth control, abortion and post-abortion syndrome. Here are some examples…
Homosexual lifestyle
According to a study in the Archives of General Psychiatry, the homosexual lifestyle can be shown to coincide with 7 times more suicidal contemplation than the general population, 3 times higher rates of major depression, 5 times higher rates of panic disorder and 3.5 times higher rates of substance abuse.
Transgender surgery
Based on a 2016 Johns Hopkins study, there is no genetic cause of cross-gender confusion. Hence, no genetic cause of a woman being “trapped in a man’s body” or vice versa. Individuals who have sexual reassignment surgery are 5 times more likely than the general population to contemplate suicide and 19 times more likely to die from it.
Premarital sex and cohabitation
With respect to premarital sex and cohabitation, based on 2015 and 2018 studies, the greater the number of premarital partners the greater the likelihood of later divorce. The longer the time of premarital cohabitation, the higher the divorce rate and the lower the level of marital satisfaction.  Father Spitzer talked about what he calls “gender asymmetry” in cohabitation. He noted that women often cohabitate in expectation that it will promote marriage while men cohabitate for the opposite reason, in order to delay marriage. If and when marriage eventually occurs, many men secretly resent it, bringing that resentment into the marriage with some very harmful effects.
Pornography
Pornography is the fastest growing addiction in the US, affecting 10% of the population compared to 5% each for alcohol and drugs. Negative effects include significant increases in job loss, financial struggles, higher divorce rates and legal problems. Habitual pornography users (5x per week) experience double the divorce rate due to a loss of emotional intimacy, loss of respect between spouses, and less engagement with children. Users of pornography experience a statistically steep decline in religious practice (prayer, bible, church) and increased rates of depression. Pornography is also found to constrain emotional maturity in children and adolescents, resulting in less respect for women, much higher rates of teen pregnancy, inability to deepen emotional intimacy in adulthood, increased rapes, and a trajectory toward addictions and risky sexual behaviors.
Artificial birth control for married couples
Artificial birth control for married couples coincides with much higher divorce rates compared to couples using natural family planning. There are many reasons for this but a lot of it has to do with the spouses’ respect for the sacredness of the marital act, the value of children in their marriage, and a mutual respect for the each other’s bodies and God’s plan in their marriage.
Myth of overpopulation
Of course, a lot of the birth control mentality comes from the persistent false myth of overpopulation. A 2020 study in The Lancet reported that with current demographics and an aging population, world population is set to max out in 2064, with a dramatic, escalating population implosion beginning after that. This will have severe economic effects on developed nations, requiring much higher taxes on the decreasing young population. The only real solution for this is for people to have more children, something our society has conditioned them against for decades.
We would do well to learn from China’s escalating population crisis. After years of its “one child policy” seeking to reduce its population, China finally now realizes its error and is trying desperately to convince its people to have more children… too late to avoid a coming crisis where young men cannot find brides and old people are left with nobody to support or care for them.
Abortion
Modern biological science tells us unambiguously that abortion is the killing of an unborn person. The single cell human zygote at the moment of conception is a full, unique, specifically human genome capable of producing every cell in a human body throughout its lifetime. Embryological textbooks today identify the presence of a new, unique human being at fertilization. Even the human soul is being confirmed more and more by modern science, including peer-reviewed medical studies on near-death experiences and terminal lucidity.
Post-Abortion Syndrome
Finally, there are detailed studies on the reality and effects of post-abortion syndrome. According to a 2011 study in the British Journal of Psychiatry and a 2018 study at Cambridge University involving 3/4 million women, women who have had abortions have a 4.1 times increase in suicide rates, 2.5 times increased occurrence of suicidal behaviors, 2.1 times greater chance of alcohol abuse and 1.4 times increased depression. These numbers indicate a significant increase in stress levels with dangerous implications for women’s lives.
Again, Father Spitzer emphasized that all of this is based on facts and statistics from secular studies, not religious moralizing.
While our world is desperately in need of God, it does not take a supernatural faith to see what makes for a happy and healthy life. Of course, for those of us with faith, none of this should come as a surprise since we know God wants the best for us and His law is designed specifically for our good.